Man arrested on multiple charges after burglary of rental business 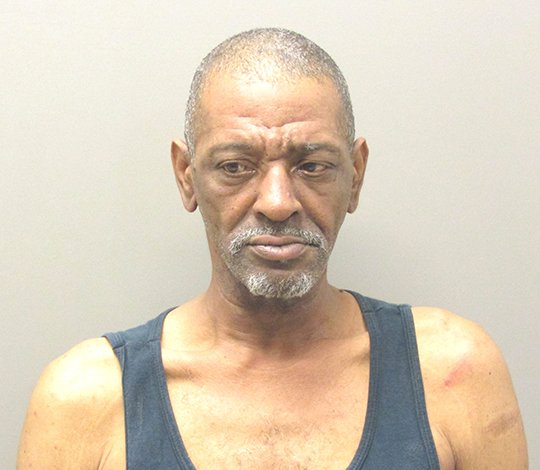 A Hot Springs man was arrested on multiple felony and misdemeanor charges after he allegedly broke into a local rental business and stole a television early Thursday.

Willis T. Williams, 55, of 124 Dawer St., was taken into custody at his residence shortly after 2 a.m. and charged with felony counts of commercial burglary, punishable by up to 10 years in prison, and possession of a controlled substance, cocaine, punishable by up to six years, and misdemeanor counts of first-degree criminal mischief, resisting arrest and theft of property less than $1,000, each punishable by up to one year in jail.

Williams was being held in lieu of bonds totaling $9,000 and is set to appear May 23 in Garland County District Court.

According to the affidavit, shortly before 1 p.m., Hot Springs police Officer Joey Vanderburg and Officer 1st Class Mike Jones were dispatched to an alarm at Rent-A-Center, 1312 Central Ave., and upon arrival discovered the front glass door was broken out.

A witness, 52, told them he had seen a tall, skinny black male leave the scene with a television and walk to the apartments at the corner of Hagen and Dawer streets where he went upstairs.

Vanderburg and Sgt. Sonia Luzader went to the apartments and discovered a red 2012 Kia running and unoccupied by the rear steps of the apartment. As Vanderburg approached the car, a door upstairs opened and he saw a tall, slender black male and another male, 31, just inside the doorway.

The tall male appeared to be bent over with a flat-screen television at his feet. The door abruptly shut, then reopened and Vanderburg notes he heard someone say "He's out there!" and then the door slammed again. He noted it appeared the two men were working together to get the television out the door.

The officers went upstairs and made contact with a female resident who gave them consent to search the apartment. In a closet in a hallway outside the apartment, the officers found a television, which was determined to be the one stolen from the store.

In the hallway, the officers made contact with two men, including Williams, whom they noted matched the description given by the witness. The witness was brought to the scene and reportedly identified Williams as the man he had seen.

While attempting to take Williams into custody, he allegedly began to resist, kicking and trying to get away, the affidavit states. The officers finally got him under control and during a search of his person, they allegedly found a small, purple case with 0.2 gram of what later tested positive for cocaine in his shorts pocket.

Williams was questioned about the incident and claimed another known person, 47, had taken the television and was going to sell it to someone else.