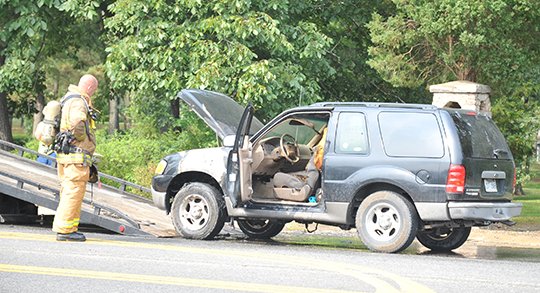 A Ford Explorer that caught on fire in the 2100 block of Malvern Road Thursday afternoon is loaded on a wrecker. "He was driving down the road and the fire started coming out from his hood," Hot Springs Fire Department driver Jon Moore said. Moore said the driver jumped out of the vehicle after flames came near his door, but no injuries were reported. The cause of the fire was under investigation.