US sweeps Thorpe Cup in Fayetteville 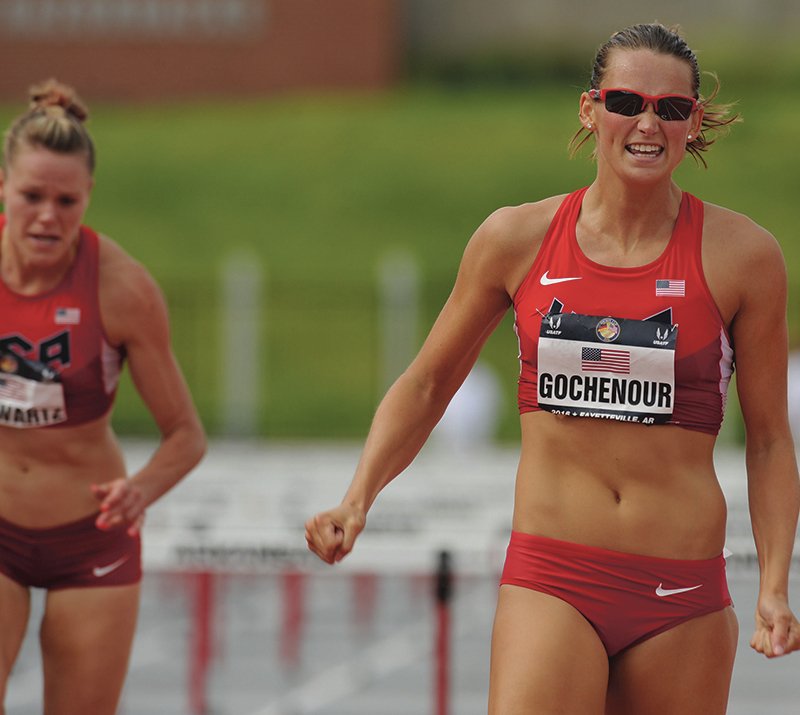 FAYETTEVILLE -- The United States swept the Thorpe Cup's top three scoring places against Germany in both the men's decathlon and women's heptathlon Friday and Saturday at the University of Arkansas' John McDonnell Field.

The two-day meet weather delayed to a Saturday night ending marked the 11th year of the Thorpe Cup annually pitting the U.S. against Germany in the decathlon and heptathlon and annually alternating with U.S. and German hosts.

Competing as a non-scoring guest for the U.S. team, just-graduated Razorbacks all-American heptathlete Alex Gochenour also outpointed all the German entrants with 5,749, which would have been fifth place.

Germany took the next three places with Sophie Hamann and Lea Menzel each tallying 5,442, and Anna-Lena Obermaier scoring 5,437.

Gochenour's hurdles were the brightest spot for a meet on which she said her long season had taken a toll.

"It wasn't what I wanted, nowhere my personal best of 6,027," Gochenour said. "But to have the opportunity to represent the USA on my home track at the end of my senior year, I don't think you could write a better storybook ending."

Gochenour, of Missouri Valley, Iowa, said she "just didn't have the juice" in the jumps but said with the hurdles: "Ever since I ran my 12.98 at outdoor (Southeastern Conference), I have been in kind of a rut at 13.30, so to run that great time Friday and have the record on my own home track is pretty awesome. I have been pretty banged up. I had a back problem at the Olympic trials, and it kind of flared up on me here today."

She knows she wasn't hurting alone. Heptathletes and decathletes all weather aches and pains in their two-day grind, Gochenour said, making it a more "we're all in this together" competition than competing in track's open events, which for her often is the 100 hurdles.

"We're all in this grueling event trying for personal bests, so at the end of the day you have got to pick each other up," Gochenour said. "You are competitors but you are teammates and friends first. In the open hurdles, you might exchange mean looks and have your game face on where here you are all in it together quite literally."