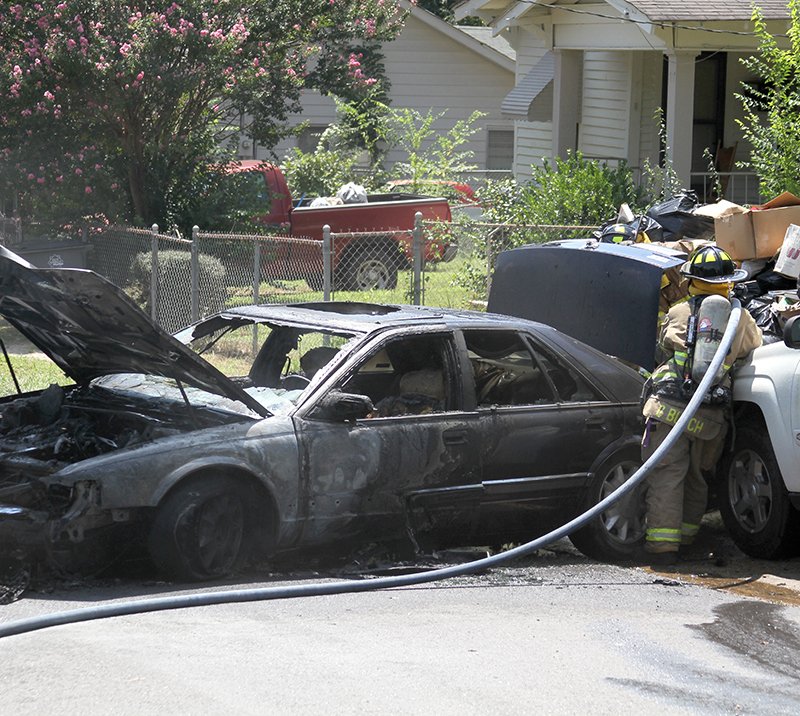 A car fire led to a two-car collision and a city intersection being blocked off Saturday afternoon, Hot Springs police said.

Hot Springs police Officer 1st Class Rod West said two men were test driving a Cadillac, which they had been repairing, Saturday at around 1:25 p.m. when smoke began to emerge from underneath the hood.

The driver, in response to the smoke, anxiously put the car in reverse and accelerated backward into a white Chevy TrailBlazer parked at 419 Thornton St. Following the collision, the two exited the Cadillac and propped open the car's hood.

The car became fully engulfed in flames, prompting a response from the Hot Springs police and fire departments. The three-way intersection of Garland Avenue and Thornton Street was blocked off by police to allow firefighters to properly extinguish the blaze.

No injuries were reported as a result of either the fire or the collision.