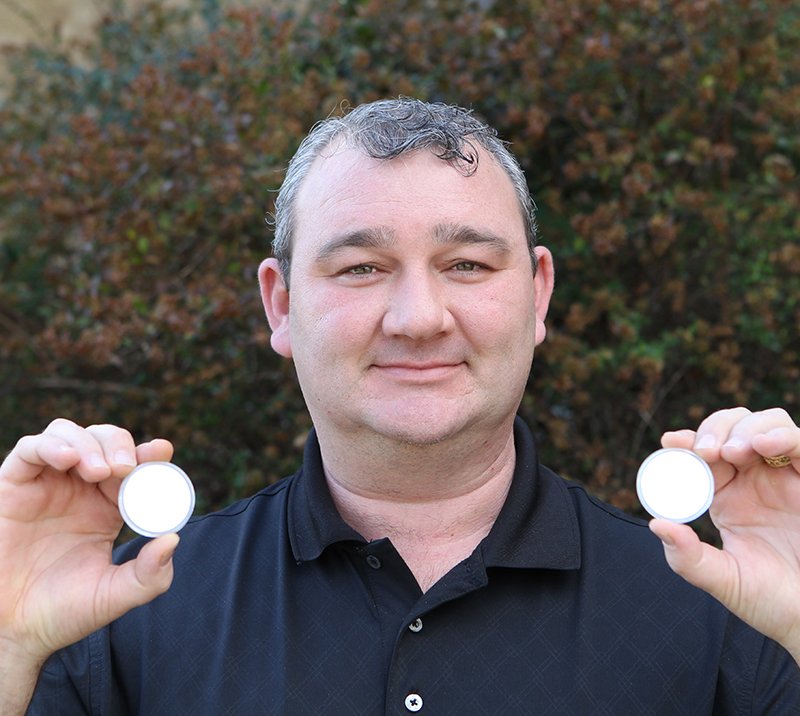 A Hot Springs resident has created a coin to honor his hometown.

The coin, made of an ounce of pure silver, was created by Hot Springs native Rhett Roberts, a local insurance adjuster and coin collector. It displays the Hot Springs logo on the back side and an image of the former Majestic Hotel on the front.

"I wanted something that looks nice," Roberts said.

Roberts said the idea to use the logo came from his wife, Cris. Steve Arrison, CEO of Visit Hot Springs, suggested the Majestic for the front side image when Roberts approached him about permission to use the logo.

Arrison said there is a process anyone who wants to use the logo has to go through, noting the city's main concern is whether the use is appropriate. He said the coin is a "first-class product" and a "great tribute to Hot Springs."

"It's a beautiful coin," said Arrison. "I think it is fantastic."

Roberts said he wanted something for his hometown and others to enjoy. He also wanted to "get a cool coin out of it."

Osborne Coinage Co., of Cincinnati, Ohio, which Roberts said is the oldest private mint in the United States, cast the coins. He sent the mint images of the Majestic and the logo, from which they designed the dies to make the coins.

Roberts serves as vice president of the Tri-Lakes Coin Club, which meets at 6 p.m. every third Tuesday of the month at the Garland County Library. He has been a member for five years.

He became interested in coin collecting as a child when he found a 1911 Barber dime while building a ramp. He has collected other objects over the years, but returned to coin collecting. He also collects silver.

The coin is technically considered a round and not a coin because it is not officially recognized by the federal government, according to Roberts.

There are currently 1,000 coins available. He plans to set up a booth at upcoming 51st Tri-Lakes Coin Club Coin, Stamp & Sports Card Show Jan. 13-15 at the Hot Springs Convention Center to sell them. If he sells the coins before the show, he will have another 1,000 made.

The coins will be on sale for $35 each plus shipping and be available on Roberts' website, http://www.hotspringscoin.com.

Roberts said he plans to make one coin a year each year with the logo on the back and a different Hot Springs property or attraction on the front.

"I thought it would be an interesting idea to pursue," Roberts said. "I thought people in Hot Springs and those familiar with Hot Springs would enjoy it."