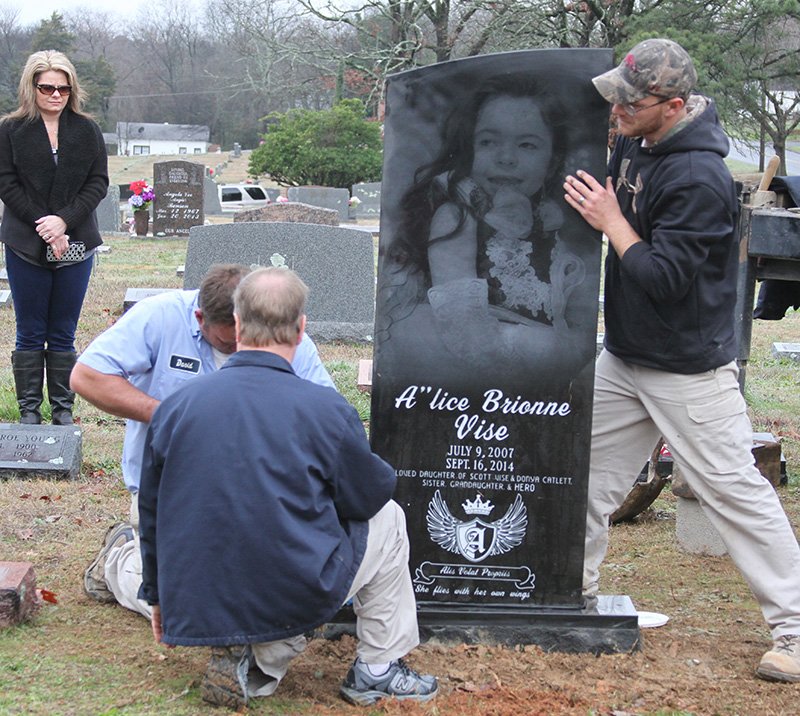 Regions Bank's 2015 #SeeTheGood competition winner is turning her loss into a universally accessible playground for children and adults alike.

Ali's Angels Foundation, founded by Donya Catlett, is a nonprofit organization inspired by Catlett's daughter, Ali Vise. Catlett said it has grown from spreading awareness and seeking a cure for Batten disease to being an advocate for all rare diseases.

A member of the board of Ali's Angels and mother of a special-needs child, Rachel Tapp, submitted a 500-word story to the #SeeTheGoodContest about Catlett's work to create a barrier-free park in Hot Springs to honor Vise. The story was selected as one of the top five submissions that Facebook users voted on. Both Tapp and Catlett each received a $500 Regions Bank Visa Gift Card.

Catlett was inspired to create Ali's Wonderland while visiting Morgan's Wonderland, a theme park in San Antonio, Texas, that is specially designed for those with special needs.

Vise was diagnosed with Batten disease, a rare, fatal neurological genetic disorder, when she was 4 years old, according to Catlett. She had the most rare and deadly form known as infantile Batten disease, which leads to loss of sight, hearing and motor control. Vise died in September 2014.

After Vise died, Catlett decided to create Ali's Wonderland to honor her daughter's memory. She is working with Jean Wallace, head of Hot Springs Parks and Trails, to bring that dream to life. Wallace said all Hot Springs parks have some disabled access, but this will be the first fully accessible park.

"It will be 100 percent accessible to everyone of all abilities," said Wallace.

Catlett and Wallace met after both had separately been guests on a local radio show.

The city and Ali's Angels are working with the Hot Springs School District to acquire an unused space belonging to the school located at Greenwood and Richard streets. They are investigating the best way for both the school and the city to transfer the property. The completed park should connect to both Hot Springs Intermediate and Middle schools via trails.

"I have always marveled at what a great place that would be for a city park," said Wallace.

Wallace said District 3 City Director Becca Clark is especially excited for the project because it will be the first park in her district.

Ali's Angels designed and will fund and build the park with oversight from the city. Individuals, business and organizations can sponsor individual play pieces or donate to the overall project. They plan to have plaques honoring supporters. Catlett wants to include a "Yellow Brick Road" in the park with sponsor names on each brick. Catlett is planning a gala and other fundraising events.

The foundation is currently looking for volunteers to help with fundraising efforts and to further spread awareness of Batten disease.

Call Catlett at 617-5617 for more information about volunteering or donating.

Ali's Wonderland is designed for use by disabled children, veterans, seniors and anyone else who wants to use it, according to Catlett.

"It is a park for all," Catlett said.