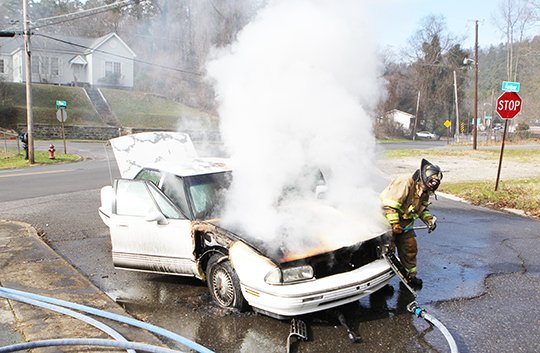 A Hot Springs firefighter works to extinguish a fire in a 1996 Oldsmobile 98 at the intersection of Cedar and Amber streets around 11 a.m. Monday. The vehicle owner, James Steward, of Hot Springs, said he was headed into town to get gasoline when he saw smoke coming from under the hood and stopped. He opened the hood and saw that it was on fire so he called for help. Steward was not injured in the incident.