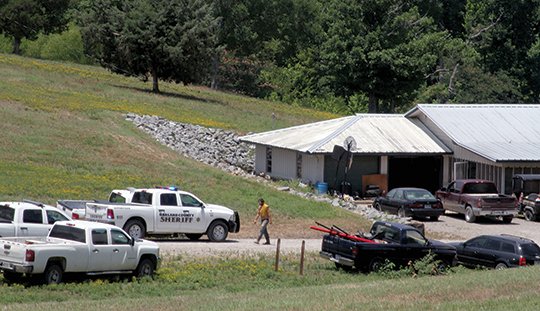 A Mountain Pine man who was charged with manslaughter Sunday afternoon after the bush hog he was driving struck and killed his 4-year-old grandson was reportedly drinking beer at the time of the incident, according to the affidavit released Monday. 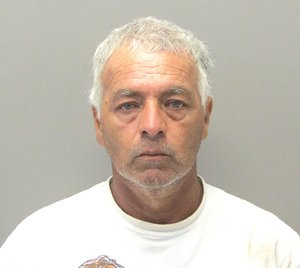 Stevie Donel Neighbors, 53, who lists an address of 1940 Three Sisters Road, was taken into custody shortly after 4:30 p.m. Sunday on the felony charge, punishable by up to 10 years in prison, and later released on $3,500 bond. He is set to appear July 25 in Garland County District Court.

When deputies arrived, they learned a 4-year-old boy had been riding on a tractor while the operator, identified as Neighbors, was bush hogging a field. The tractor ran into a hole causing the child to fall off the tractor, and before it stopped the child had been run over and killed. The child had been carried to the residence by Neighbors.

After investigators arrived, there was an indication that Neighbors had possibly been drinking when the incident occurred, the affidavit states. Neighbors submitted to a portable breathalyzer test and reportedly registered a blood alcohol of .059 percent, which is below the legal driving limit of .08 percent.

Investigators processed the scene and then spoke to Neighbors, who reportedly admitted to drinking three or four beers while mowing that day. Neighbors voluntarily went to CHI St. Vincent Hot Springs for a blood draw and then was brought in for questioning.

After waiving his rights, he again admitted he drank three or four beers that morning while bush hogging and also admitted to smoking two marijuana "joints" Friday night.

The girl stated she saw a hole in the ground and tried to tell Neighbors, but because of the noise she didn't think he heard her. When the tractor hit the hole, there was a "violent jerk" and both children fell. The girl caught herself by grabbing the steering wheel to slow her fall, but the boy "wasn't able to slow or stop his fall and fell forward of the tractor."

Before Neighbors could react and stop the tractor the child had been run over. The affidavit notes Neighbors picked up the child "knowing he was dead" and carried him to the house.

Neighbors told investigators he was driving the tractor in fourth gear, low range, at full throttle, and estimated his speed at 4 to 5 mph at the time of the incident.