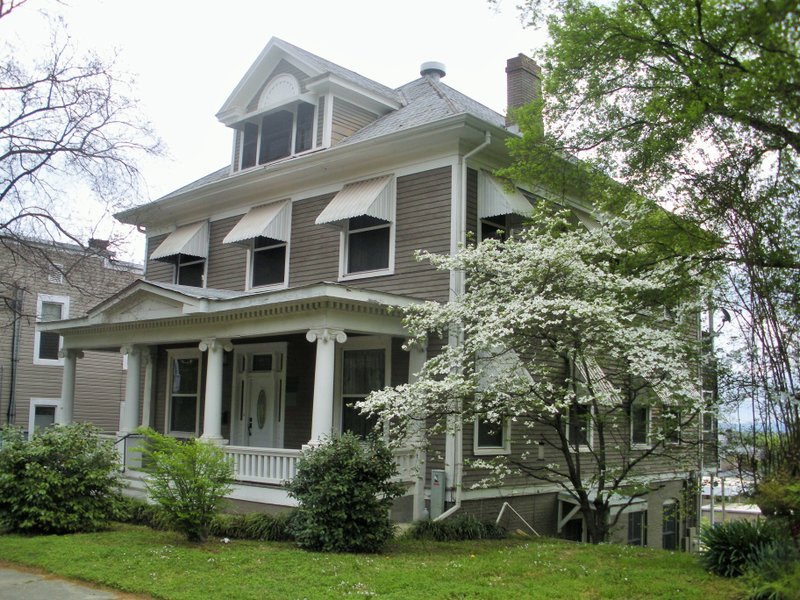 Submitted photo HOUSE HUNTING: Matthew Sutherlin and his wife, Amy Counts, looked at three vintage homes with their Realtor, Jean Roberts Miller, of Crye-Leike Realtors, while filming an episode for the new HGTV series &#8220;Hunting Vintage.&#8221; The episode will premier at 9 p.m. today.

Hot Springs and three of its vintage homes will be featured in an episode of the new HGTV series "Hunting Vintage," which premiers today.

The episode "Family Looking for a Home with History in Arkansas" focuses on the house hunting experience of Matthew Sutherlin, who chairs the Department of Curriculum and Instruction at Henderson State University Teacher College in Arkadelphia, and his wife, Amy Counts, a teacher in the Lakeside School District, along with their Realtor, Jean Roberts Miller, of Crye-Leike Realtors.

"Hunting Vintage" is an offshoot of the HGTV series "House Hunters," according to Miller. The show focuses on homes built before 1950 and deals more with the history of the homes and the cities they are located in.

Scenes for the show were filmed in downtown Hot Springs locations including the Ohio Club and Kollective Coffee + Tea, as well as the shore of Lake Hamilton, Beacon Manor and Oaklawn Racing & Gaming.

"I love Hot Springs and I love the history," said Miller.

Hot Springs was selected for the show after Miller and other Realtors in her office were contacted by Parker DeLone, casting director for Pie Town Productions, who was looking for vintage homes that had recently been sold or were in the closing process that fit the show's focus.

Miller sent in photos of homes Counts and Sutherlin had looked at, as well as the home they purchased. She said she thinks the company eventually chose them because the home the couple chose is beautiful and unique.

"I think it is the house that sold it," Counts said.

She said the selection process was competitive. Miller and the couple were given a phone interview and asked to submit videos talking about the home. Miller had to research history on the homes and Hot Springs for her video.

Of the homes Counts and Sutherlin viewed during their initial house hunting process, two were selected to be featured in the show along with the home they eventually chose. The homes were represented by Crye-Leike Realtors, ERA Rushing, McAdams Polychron and Meyers Realty.

Liz Robbins, executive director of the Garland County Historical Society, helped with the research on Hot Springs and the history of the homes in the show.

A crew from Pie Town Productions filmed in Hot Springs over the course of five days in December and returned earlier this year to film follow up scenes with Counts and Sutherlin.

"The filming was fun and we laughed a lot, but it was hard work," said Miller.

They had to recreate the initial home buying experience and shoot the same scenes from a variety of angles. Miller said outdoor shots often had to be reshot because of noises like cars honking, a helicopter flying over, or sirens.

The couple's son, Aidan Sutherlin, 9, was also filmed for some scenes in the show.

Counts said she loved the experience. She liked meeting the members of the production company, who she said were interesting, funny and professional. As educators, Counts said it was an interesting learning experience for her and her husband.

"I would probably do it again," Counts said.

The episode is scheduled to premier at 9 p.m. today and re-air at midnight Saturday.