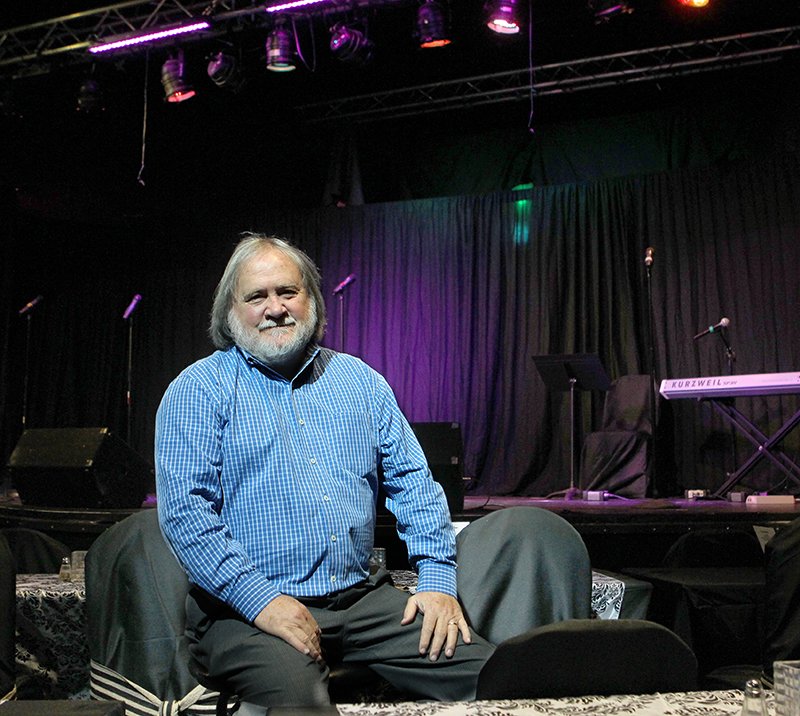 Tom Wilkins, owner and manager of the Five Star Dinner Theatre, has entertained legions of tourists and residents alike at the same location in downtown Hot Springs for nearly 30 years.

Wilkins said he decided to open a theater after seeing the "Baldknobbers" show in Branson, Mo., on the belief that Hot Springs needed something like it for locals and tourists to enjoy.

Thirty years ago, Wilkins was trying to figure out what to do with his life after the business he worked for was sold. Wilkins, along with his former wife, Kelley, decided to bring a comedy and music show to the Spa City.

He found a space big enough to hold a show and accommodate an audience in the former Oklahoma Tire and Supply Co. store, which had been vacant for a number of years, at the corner of Spring Street and Central Avenue. At the time, an antique automobile museum was located on the other side of Central Avenue, which clinched his decision to put his theater in the old Otasco store at 701 Central Ave.

Wilkins signed the lease in 1986 and worked for several months to repair the old building. The first stage was built from reclaimed wood left from the renovation. His first production, The Bath House Show, opened the following year.

The show, which ran 267 times a year, was family-oriented with music and comedy. His daughters, Marcillee Morgan and Katie Storey, performed in the shows, along with Wilkins. As the girls got older, they reduced the number of shows.

Wilkins said he employed musicians and performers from the Hot Springs area, including several through the years who were students at Henderson State University or Ouachita Baptist University.

He said the show did well until the historic flash floods of May 19, 1990. His staff had to evacuate the audience at the Saturday night show to higher ground, and a car floating down Central Avenue plowed into the front of the theater, allowing water to rush in and fill the building's basement and rise quickly inside the theater itself.

The theater had been scheduled to host a concert the following Monday. Wilkins said they were still determined the show would go on, so with the help of volunteers, many of whom he didn't even know, they pumped out the water and cleaned up the theater enough to stage the show. Afterward, they closed for two weeks to thoroughly clean the place.

"It made you want to cry seeing the people who were helping," Wilkins said.

The flood resulted in $90,000 in uninsured damage, he said, noting they had to make a decision whether to continue with the theater or close. They decided to go on.

In 2009, when Wilkins' daughters moved to Nashville, he decided to rename the venue the Raylynn Theater. It operated under that name for a few years until Doug Lackey, who performs and directs at the theater, suggested they turn it into a dinner theater. Six years ago, the theater underwent one more name change to the current Five Star Dinner Theatre.

They took out the theater seating and put in tables. When the dinner show first started, they catered the food from The Porterhouse next door. In the last year, they have been able to put in their own kitchen, which Wilkins said allows them to offer a wider variety of foods.

Along with his wife, Susan, who works both on stage and behind the scenes, Wilkins now runs the theater with his business partner, Stacey Castlebury, who is in charge of the kitchen, while Wilkins manages the theater. Castlebury also performs in and produces shows.

The Five Star is currently one of only two dinner theaters in Arkansas, according to Wilkins.

Wilkins said he is proud of the many relationships he has built with performers and visitors to the theater.

He said his favorite show is always the next one. He said it is hard work, but worth it when it all comes together.

"There is nothing like a crowd's approval to know you did good," Wilkins said.

The Five Star is currently preparing for its annual Christmas show, which will be directed by Lackey and feature music and comedy.

While he has had to slow down after a heart attack, Wilkins said he is still going and grateful to be allowed to do what he loves.

"It has been a very good experience, and I don't see myself retiring any time soon," Wilkins said.