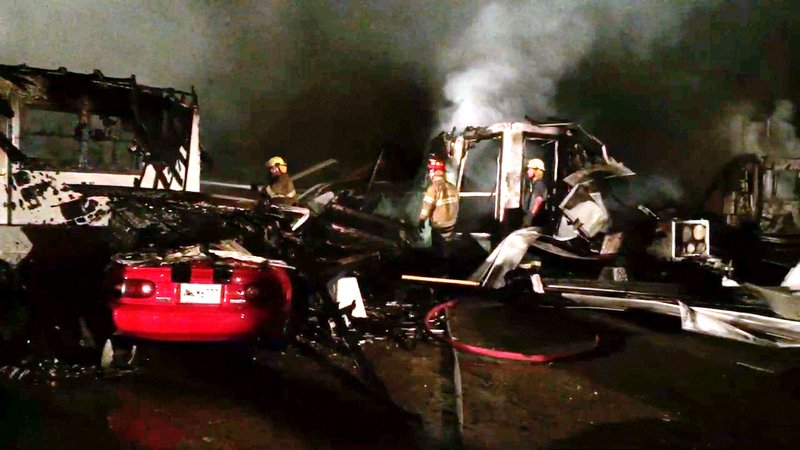 Firefighters from multiple agencies mop up after a massive fire at a residential complex on Kleinshore Road on Lake Hamilton Saturday night.

Multiple fire agencies were called to the scene of a massive fire at Four Seasons Villa Resort, 301 Kleinshore Drive, Saturday night after a vehicle fire spread to adjoining town homes.

Autumn Carlisle, 70 West fire chief, said four town homes were destroyed, and a fifth was damaged, but there were no injuries. 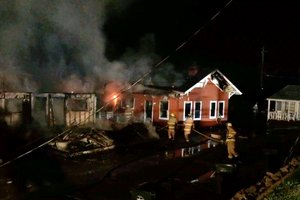 Carlisle said there was initially confusion over whether the fire was a structure fire or a vehicle fire.

When firefighters arrived, three separate town homes were fully involved, and a fourth was catching fire.

"We've had some difficulty with firefighters getting overheated," Carlisle said.

Hot Springs Fire Chief Ed Davis said his department provided two engines and 14 firefighters, including off-duty personnel who were called in to ensure that the city's firefighting capability was not affected elsewhere in the city.

The residential complex is located in the unincorporated area of the county, outside the city limits.

Davis said the mutual aid was the case of a "neighbor helping a neighbor."