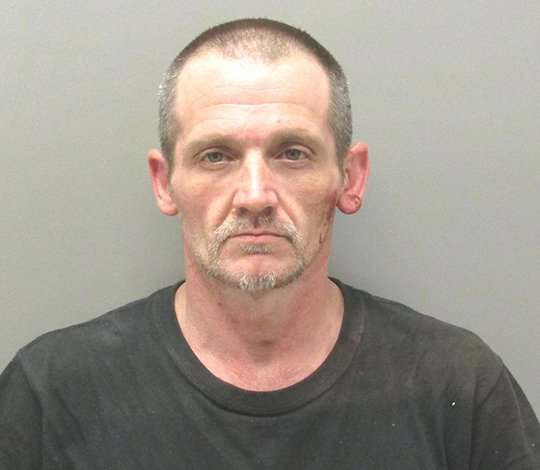 A local man was arrested Monday on felony and misdemeanor warrants after the owner of a self-storage facility discovered he allegedly used another person's name and identification to procure a storage unit in November 2016.

He remained in custody Tuesday in lieu of a $3,500 bond and is set to appear in Garland County District Court on June 20.

According to the affidavit, Alexander gave a false name and used this alias when signing a contract to rent a storage unit in Pearcy on Nov. 22. Alexander was reportedly in possession of a driver's license in another person's name.

On Dec. 16, Garland County sheriff's Cpl. Felix Hunter checked the storage facility in reference to a call from the owner. While searching the premises, Hunter made contact with two men, including one identified as Jason Alexander. Hunter told the owner that the two men were on the property, and she said the man identified as Jason Alexander had previously given her a different name.

On March 16, Investigators Brandon Huckaba and Russel Severns contacted the owner in reference to suspected stolen property being found in a unit. The unit was the one rented to Alexander under the false name, and he had reportedly failed to pay his storage fees after being 45 days late on his payment. At that point, the owner considered the unit abandoned.

The owner told investigators the tenant had apparently lied about his identity when he signed the contract to lease the unit. The owner said the man presented a driver's license with the other name, and she noted at the time he did not resemble the photograph on the license.

When she confronted Alexander over the matter, he allegedly said he had "lost a bunch of weight, (and) that is why he didn't look the same." The owner said he signed the contract using the name on the license, but put an address later determined to be a known address for Alexander.