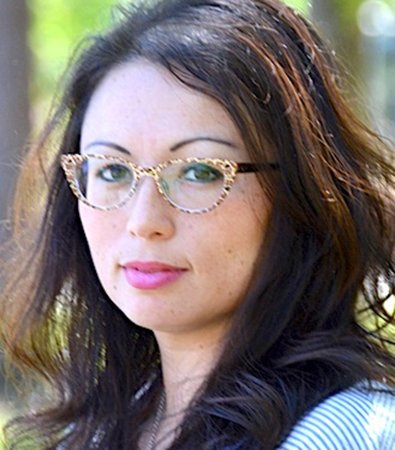 Janet Smith, a member of the registered nursing faculty at National Park College and a nurse for CHI St. Vincent Hot Springs, has been selected to the state's "40 Under 40" list, which honors emerging nurse leaders in Arkansas who are younger than 40 years old.

Smith was nominated by fellow RN faculty member Becky White for the third year of the awards presented by the Arkansas Action Coalition's Arkansas Center for Nursing Inc. White said she was honored to be nominated.

"I went to school here at this program," Smith said. "I get to work with the people who taught me how to be a nurse. For her to recognize me as an outstanding nurse, I think that reflects upon the program and the faculty. I thought it was really great for all of us."

"It is truly awesome when the seeds that you plant bloom -- Janet Smith is one of those seeds," said Janice Ivers, NPC dean of nursing.

Sindee Morse, RN event chair and informatics clinical analyst nurse at Conway Regional Health System, said the awards selection committee was impressed with the outstanding quality and professionalism of more than 80 nominated nurses from across the state. The 40 honorees were selected based on commitment to excellence, service and outreach, leadership qualities and contributions to the advancement of the nursing profession.

"We are excited that within three short years the program application submissions continue to grow," Morse said. "Scoring ran extremely tight this year due to the robust influx of applicants with such high contributions and qualities. I personally would like to congratulate every applicant for their commitment to advancing our profession."

Smith graduated high school in Nebraska and transferred to Hot Springs more than 15 years ago from Colorado as a manager for On The Border Mexican Grill & Cantina.

"I love teaching of all kinds, whether it was servers and I was in restaurant management or teaching patients and families," Smith said. "Linda Castaldi, who was division chair at the time, really encouraged me to go back to school to get my bachelor's degree and to look into teaching. I love the college and what it does for the community."

Smith continued her education with a bachelor's degree before she earned a Master of Nursing Science from the University of Arkansas for Medical Sciences in Little Rock. She and fellow honoree Tara Almand, assistant professor of nursing at Southern Arkansas University in Magnolia, graduated together and were members of the Sigma Theta Tau International Honor Society of Nursing.

Almand and Smith are the only 2017 honorees from their respective institutions. The list included 28 honorees from just four institutions, including a dozen from the Central Arkansas Veterans Healthcare System, six from the Conway Regional Health System and five from each of the UAMS College of Nursing and the UAMS Medical Center.

Allison Divine, RN program director, represented National Park College on the first list in 2015 before she began as director of the Associate Degree Nursing Program. She was nominated by Castaldi.

Smith graduated from NPC in 2008 and has been with CHI ever since. She just concluded her fifth year of teaching at the college.

The academic schedule allows Smith to work part-time as an intensive care unit nurse with more hours during the summer break and school holidays to go along with caring for four children. Smith will resume her full-time schedule at CHI this summer and will be tasked with training new graduate RNs. She is also enrolled in a doctoral program through Samford University in Birmingham, Ala.

"A few years ago, when we interviewed Janet for her current position, I asked her where she saw herself in the future," Ivers said. "She looked up at me and said, 'Maybe not in five years but possibly in 10 years I see myself sitting in your chair as dean of nursing.'

"I have no doubt that Janet will continue to be a leader in the profession of nursing and I am proud to count her among the positives at National Park College."

The Arkansas Action Coalition formed the Arkansas Center for Nursing in 2016 as a nonprofit organization. The coalition collaborated with other states with workforce data centers to form the new structure for the nonprofit.

The new organization was founded to promote a culture of health for the citizens of Arkansas by advancing nursing education, practice, leadership and workforce development. The center gave Arkansas a place to house and interpret nursing workforce data to assist the state in anticipating nursing supply and demand needs.

A special cerebration will be held June 23 in honor of the recipients at the Pleasant Valley Country Club in Little Rock. Divine and the rest of the inaugural honorees were recognized in 2015 during a reception in the Cress Board Room on the Arkansas Children's Hospital campus.

The ceremony grew last year and was moved to Pleasant Valley. More than 250 nurses, employers, mentors and family members attended the standing room-only event. Smith was recognized during the 2016 event as a mentor for a bachelor's student in Little Rock.

"I am only familiar with nurses here in central Arkansas and there's lots of fabulous, great nurses everywhere," Smith said. "To be considered one of the 40 is quite an honor."