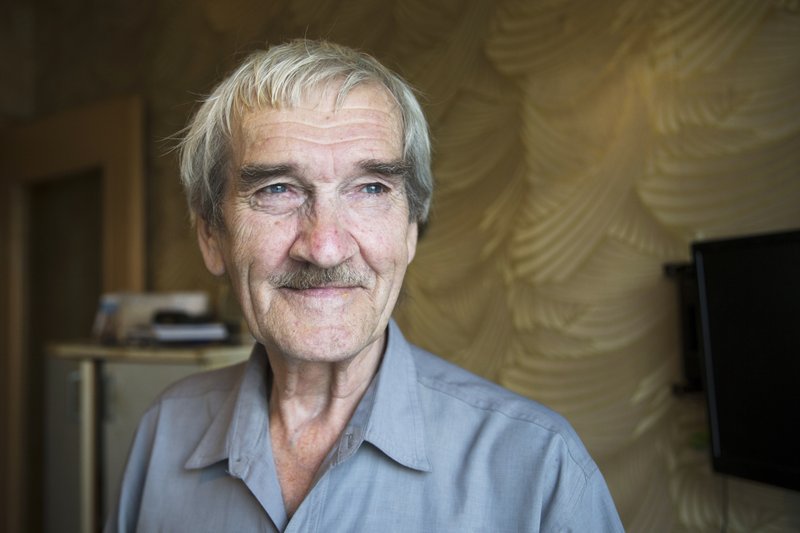 MOSCOW -- Stanislav Petrov, a former Soviet military officer known in the West as "the man who saved the world" for his role in averting a nuclear war over a false missile warning at the height of the Cold War, has died at 77.

Petrov's German friend, Karl Schumacher, said Tuesday that he died on May 19. Schumacher called Petrov earlier this month to wish him a happy birthday, but was told by Petrov's son Dmitry that his father had died. The Russian state Zvezda TV station only reported the death on Tuesday.

Petrov was on night duty at the Soviet military's early warning facility outside Moscow on Sept. 26, 1983, when an alarm went off, signaling the launch of several U.S. intercontinental ballistic missiles. The 44-year-old lieutenant colonel had to quickly determine whether the attack was real. He chose to consider it a false alarm, which it was.

The incident was particularly harrowing as it happened at one of the tensest periods of the Cold War when the Soviet Union appeared to genuinely fear a surprise U.S. nuclear attack.

A few weeks earlier, the Soviets had shot down a passenger plane flying to South Korea from the U.S., suspecting it of spying, killing all 269 people aboard. The United States, after a series of provocative military maneuvers, was preparing for a major NATO exercise that simulated preparations for a nuclear attack.

In a 2015 interview with The Associated Press, Petrov recalled the excruciating moments at the secret Serpukhov-15 control center when the fate of the world was in his hands.

The responsibility was enormous.

If he had judged it a real launch, the top Soviet military brass and the Kremlin would have had no time for extra analysis in a few minutes left before the incoming nuclear-tipped missiles hit Soviet territory. They would have likely ordered a retaliatory strike, triggering a nuclear war.

"It was this quiet situation and suddenly the roar of the siren breaks in and the command post lights up with the word 'LAUNCH,'" Petrov told the AP. "This hit the nerves. I was really taken aback. Holy cow!"

Within minutes of the first alarm, the siren sounded again, warning of a second U.S. missile launch. Soon, the system was reporting that five missiles had been launched.

Petrov recalled standing up as the alarm siren blared and seeing that the others were all looking at him in confusion.

"My team was close to panic and it hit me that if panic sets in then it's all over," he said.

Petrov told his commander that the system was giving false information. He was not at all certain, but he was driven by the fact that Soviet ground radar could not confirm a launch. The radar system picked up incoming missiles only well after any launch, but he knew it to be more reliable than the satellites.

The false alarm was later determined to have been caused by a malfunction of the satellite, which mistook the reflection of the sun off high clouds for a missile launch.

Petrov was not rewarded for his actions. In fact, he received a reprimand for failing to correctly fill the duty log and retired from the military the following year.

Although his commanding officer did not support Petrov at the time, he was the one who revealed the incident after the Soviet Union collapsed in 1991. If Col. Gen. Yury Votintsev had not spoken out, Petrov said he himself "would have forgotten about it like a bad dream."

After his story was told, Petrov has received accolades, international awards and became known as "the man who saved the world."

But his role won him little fame in his homeland. He continued to live in a small, unkempt apartment in the Moscow suburb of Fryazino. There have been no official reports or statements about his death from any Russian government agency.

Schumacher said it was important for him to let the world know about Petrov's passing because "we owe this man a lot."