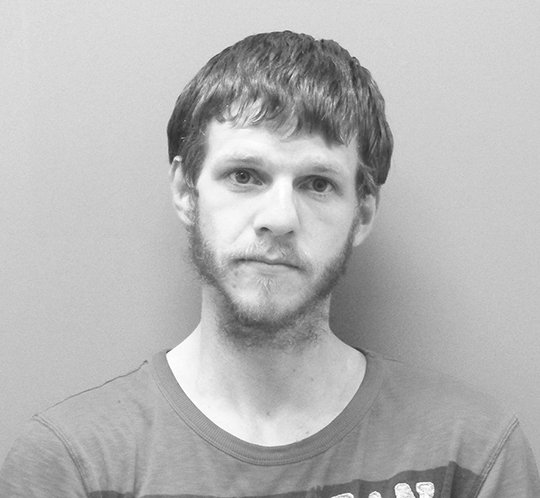 A Mountain Pine man was arrested Saturday in the Garland County Detention Center's parking lot on a felony warrant for allegedly stealing $3,700 worth of merchandise from a Mountain Pine store where he previously worked.

Franklin Kyle Murders, 26, who lists a Preston Lane address, was taken into custody in the parking lot of the detention center, 3564 Albert Pike Road, just before 7 p.m. and charged with commercial burglary, punishable by up to 10 years in prison.

He remained in custody in lieu of a $3,500 bond and was set to appear Monday in Garland County District Court.

According to the probable cause affidavit, the burglary occurred at the Mountain Pine Corner Store, 2702 Mountain Pine Road, sometime between Feb. 13 and Feb. 14. The owner stated there was no sign of forced entry and the alarms had not been triggered.

About $3,700 worth of merchandise was reportedly taken from the store, including money, cigarettes and lottery tickets.

Security footage allegedly showed a man, known to the owner as Franklin Kelly, inside the store around 4 a.m. on Feb. 14. The owner was able to provide Garland County sheriff's deputies with the suspect's phone number.

He stated the man known to him as Kelly had previously worked at the store but was not retained when the owner purchased the business in November of 2017. Kelly reportedly turned over his door keys in November.

Cpl. Ronnie Swinney reviewed the footage and reportedly observed the suspect slide open a display case inside the store and remove items he later concealed on his person. The suspect then allegedly left the business using a key to unlock and lock the door.

The suspect was reportedly seen on camera leaving with a brown paper bag full of items he allegedly stole from the store. The owner stated he had not changed the locks or alarm codes after he purchased the property.

A citation issued to Murders in September 2017 reportedly showed the same phone number deputies were given for Kelly.