Trojans down De Queen in shootout 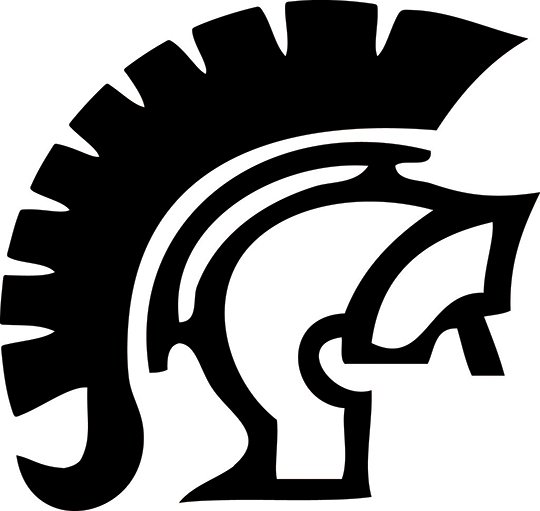 After a defensive battle in the first half, Hot Springs had to play catch-up in the second to force a shootout on Tommy J. Holt Memorial Field at Joe Reese Stadium Thursday night.

In a rematch of the 2017 Class 5A state soccer final, the score was knotted at 2-2 at the end of regulation. The Trojans took a 3-1 victory in Fayetteville last May.

Hot Springs (9-5, 6-2) took the win again on Thursday after six shooters from each team stepped to the spot for penalty kicks, getting revenge for the 5-0 loss the Trojans suffered on April 10 in De Queen.

"I was a little worried with the skid that we've been on," Hot Springs head coach Geoffrey Hedrick said. "A lot of the mistakes that we've been making have been remedial. We tried to address that. If we can just get those small mistakes, we're playing quality ball, but every now and then we're making little mistakes."

De Queen (11-3, 7-1 5A/6A-6) got its hopes up after Alejandro Lerma put the first kick into the bottom right corner of the net followed by Jack Selig's kick to the left corner going wide and missing the goal entirely to put the visitors ahead by one.

Mateo Garcia and Cristian Jovel both made their shots, but Hot Springs' Wilfredo Yanez, who stepped into the goal for the shootout, dropped to catch Carlos Cerrato's shot. Wilmur Martinez made the ensuing shot to leave both teams tied at two penalty kicks each.

The next four shooters, Jampiere Flores and Alex Ramirez for De Queen and Francisco Yanez and Johnathan Aquino for the Trojans, made their respective shots, setting up another five shooters from both teams in a sudden-death situation.

Josue Ayala stepped to the mark for the Trojans, putting the ball into the top left corner of the net. De Queen's Chris Castellanos had a powerful shot, but it cleared the top of the net, leaving the Trojans with the win.

"They're still defending state champs," De Queen head coach Stephen Sloan said. "They're still state champs for a reason, and they've got a lot of those guys still on the team. We knew it was going to be tough."

The Trojan kept the De Queen offense from getting many shot attempts in the first half.

"That's the team that I'm used to seeing," Hedrick said. "But, unfortunately, you've got to put 80 together."

With the scoreboard blank after 40 minutes of play, the Leopards wasted little time in the second half taking the lead.

Selig picked up a yellow card for a foul with 3:59 off the clock in the second half, giving the Leopards a free kick. Cerrato took the kick from about 40 yards out on the right side, and Garcia got his foot on the ball to put it into the left corner of the net to make it 1-0.

Following another foul, Cerrato again took the direct free kick, finding the inside of the left post from about 45 yards out near the left sideline to make it 2-0 with 27:59 remaining.

The Trojans were able to strike back late in the half as Wilfredo Yanez headed the ball into the middle of the net off a corner kick from Francisco Yanez to cut Hot Springs' deficit to 2-1 with 17:47 to go.

Both teams turned up the offensive heat, taking several shots before Wilfredo Yanez again found the back of the net on a shot from about 25 yards out, crossing in front of the net and into the left corner to level the score with 2:03 remaining.

"We didn't do a very good job closing out the game as far as being smart about some things and doing some things," Sloan said. "That's a good learning point for us. We need to learn from this and continue to get better."

Johnathan Altamirano made eight saves and two blocks while allowing two goals in 80 minutes of play, but the rest of the Trojans accounted for seven saves. Hot Springs had 48 shots on the night with 30 of them on-goal for 62.5 percent efficiency.

De Queen keeper Edward Garcia had 15 saves and three blocks in the match, allowing both Trojan goals, and eight saves and two blocks came from the Leopard defense. The Leopards had 37 shots with 22 on target for 59.5 percent efficiency.

"He does a great job for us," Sloan said. "We put him in a lot of bad positions tonight. Credit to Hot Springs, they got off a lot of shots.

"At this point in the season, the focus has to be very focused," Hedrick said. "I'm proud of them. Tonight was quality. I liked the way they played tonight."

De Queen played host to Texarkana Friday. The Leopards are scheduled to travel to Lakeside (13-4-1, 8-2) Thursday and Lake Hamilton Friday.

Hot Springs could not keep up with a fast and powerful De Queen team, falling 8-2 to the Lady Leopards at home Thursday evening.

The Lady Trojans (0-11, 0-7) have struggled all season offensively, but senior Maria Muniz finally broke their scoreless season with a pair of goals against the top-ranked Lady Leopards (10-5, 8-0).

De Queen's Kenya Martinez picked up the first two goals, the first coming with 4:30 off the clock in the first half before going up 2-0 with 21:17 remaining.

"We were missing a couple starters," said Sloan. "We had a National Honor Society trip today, so we had some new people in there. It kind of took us a little bit to kind of jell together and get some things going.

"Later in the first half, we got some things going, and got it to our three biggest goal scorers this year. I thought we got better as the game went along, and finished some of our opportunities."

With the ball bouncing around in the box near the 19-minute mark, Arisbet Aragon attempted to clear the ball, but it took a bad spin, curling back into the net to make it 3-0 for De Queen.

Shortly thereafter, Muniz found the back of the net with 18:47 left in the half as the ball ricocheted off a Lady Leopard to cut the Lady Trojans' deficit to 3-1.

De Queen scored four more goals before the break, taking a 7-1 lead into the second half to cut the clock to 20 minutes for the half.

With 5:35 off the clock in the second period, the Lady Leopards scored their final goal of the match.

Muniz picked up her second goal with 3:15 remaining off a free kick from Bri Aldaz, putting the ball into the left side of the net.

"It was good," said Hot Springs head coach Heidi Springsteen. "We put it together. That's what I know they're capable of doing. For them to score, they're seeing how it works. Not that they don't know, but as a team to jell and to put it together and hustle. They kept hustling and kept fighting. That was my heartbeat for them."