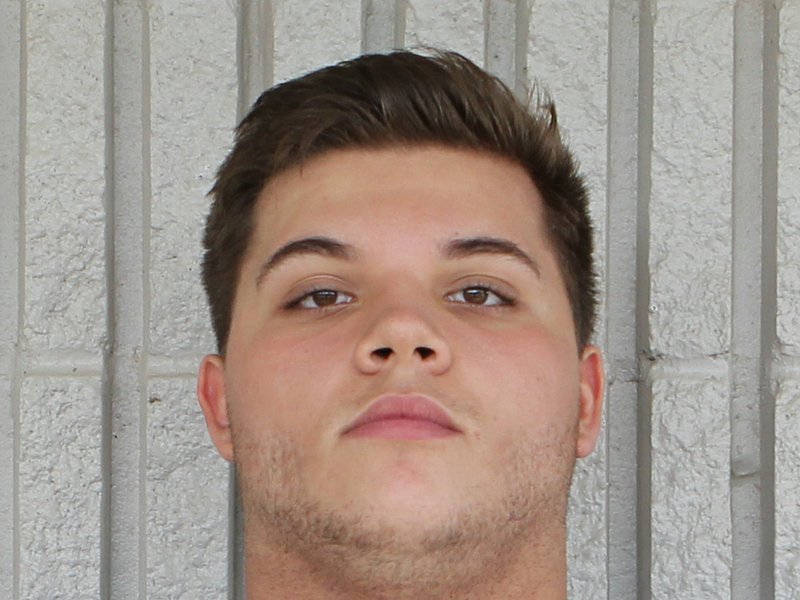 EDITOR'S NOTE: This is the first of three articles about how a graduate of Jessieville High School has worked his way through the professional and national ranks in rugby in his first year out of school.

Josh Zamudio, a 2017 graduate of Jessieville High School, became the third athlete to represent Arkansas for USA Rugby and debuted in the professional Major League Rugby league this spring, but he took an uncommon path to get there.

"It feels so fast," Zamudio said. "I never had time to think, 'You're playing at a high school level. Now, let's play college level. Okay, now semi-pro. Then, pro.' No, it was high school, semi-pro and then automatically pro. It was rough. It was hard work. It really was.

"There's been times when I wanted to give up. I've thought, 'Oh my gosh, I don't know if I can do this,' but I had to look at the long-term goal. This is my dream. I had to keep pushing and keep fighting. It was hard to adapt to, especially being so young."

Zamudio featured for the Lions in football throughout school. He is the son of Charity Zamudio, who he said did not want him to try rugby.

"When you're in football, you think you are protected with shoulder pads, helmet, mouthpiece and all of that stuff," Zamudio said. "You're just throwing your body at someone at 100 miles per hour, head down and not caring what it happening.

"In rugby, if you see someone my size running out you, you have to think, 'How am I going to tackle this guy without hurting myself?' A lot of people do not think about that."

Pieter de Haas has helped grow interest and participation in rugby since he moved to the area about 15 years ago. He played professional rugby in South Africa for the Cheetahs and the Lions before helping establish the Junior Stormers in Arkansas.

The Junior Stormers are the state's only youth rugby club. They play under the Little Rock Rugby Club system, which features the Stormers senior side.

"I want it to get out more," Zamudio said. "I want kids to be more involved. I want adults to say, 'Oh, you should play this.' Everyone is so scared of it.'"

"I am a terrible example of that," he added. "I am injury-prone."

Zamudio quickly became one of the top players for the Junior Stormers, leading to opportunities to continue to play at the college level. He said he planned to attend Arkansas State University in Jonesboro and play for the Red Wolves' successful club team.

Zamudio said he was not academically eligible to play for Arkansas State. He altered his plans and started training for the United States Army with plans to enlist.

A coach from Middle Tennessee State University Rugby Club reached out to Zamudio last summer to tell him about a scenario in which he could play for the Moosemen. He worked in construction without playing or practicing.

Zamudio was then invited to play for Tennessee in a USA Rugby Regional Cup Tournament at Life University in Marietta, Ga., outside of Atlanta. He featured for the second-place team in the tournament and earned a call-up from USA Rugby to play for the Boys High School All-Americans.

Fellow Jessieville alum Steven Benson established himself the previous summer as one of the top players in the age division. He and Ruben de Haas, the son of Pieter and Lorrain de Haas, were previously capped by USA Rugby.

Benson and Zamudio helped the BHSAA team defeat the Ontario Blues' Under-19 squad twice in three days during a brief tour in Canada. The tour led to an opportunity for Zamudio to play last summer for the USA South Panthers Rugby club against international competition in Florida.

Zamudio was prepared to forge ahead with plans to play for Middle Tennessee before a professional team in Denver contacted him about a new opportunity. His performances eventually led to a chance to play for San Diego in the inaugural season of Major League Rugby.

"I never could see myself where I am," Zamudio said. "If you would have told me, 'Josh, you are going to be pro next year at this time,' I would not have believed you. When I look back on it, it was a journey.

"It was fun, playing with amazing players like Ruben and Steve and other players I played with when I was with the All-Americans on tour. It has been great. I will always have a home here. Jessieville is home."