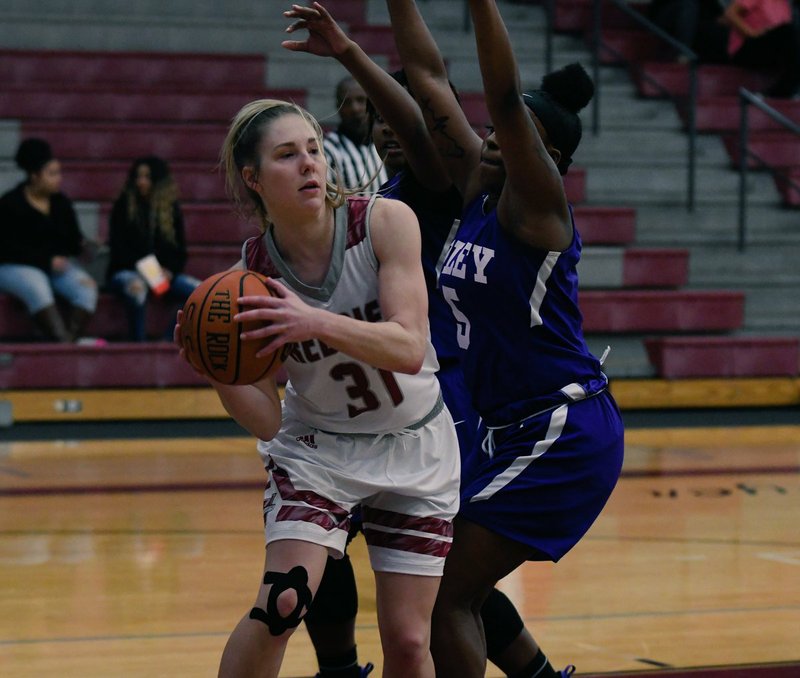 Senior guard Hailey Estes, of Conway, led the Reddies (6-1, 2-0 Great American Conference) with 17 points and 11 rebounds, while sophomore forward Karrington Whaley, out of Springdale Har-Ber, poured in 14 points on 6-for-7 shooting from the field.

Henderson held Wiley (2-5) to just 21.3 percent shooting, including 4-for-25 from 3-point range for 20 percent. Junior guard Madi Nichols, out of Cabot, added four points, three assists and three rebounds off the bench.

The Reddies used a 7-0 run, highlighted by two layups from Whaley and a 3-pointer from Estes to take an 11-4 advantage in the first quarter. Estes hit her second 3-pointers a few minutes later and the Reddies held a 19-9 lead after the opening frame.

The Reddies' defense held the Lady Wildcats to 3 of 15 shooting from the floor. Henderson went on a 12-4 run in the first seven minutes of the quarter with eight straight points from Whaley. wiley made the score 32-18 at the halftime break with a 5-0 spurt.

Baskets from junior guard Pink Jones, of Fayetteville, and sophomore guard Lani Snowden, from Van Buren, helped Henderson get off to a hot start in the second half. A 3-pointer from Estes helped the Reddies take a 39-55 lead. Estes had five more points at the end of the period and a layup from Whaley gave the Reddies a 48-26 advantage after three quarters.

A 3-pointer from Snowden jump-started the Reddies in the fourth quarter and Nichols added back-to-back mid-range jumpers. Junior forward Brooke Lewis, out of Sanger High School in Texas, helped Henderson finish in style when she completed a three-point play after being fouled underneath the basket as the Reddies eased to a 61-45 win.

Henderson will play its first home conference game of the season on Saturday against Harding (6-1, 2-0) at 1 p.m. The university's Student-Athlete Advisory Committee partnered with the Junior Auxiliary of Arkadelphia for the annual Angel Tree game. Fans can provide a toy donation in exchange for free entry into the game, which will be followed by the men's game.

The Junior Auxiliary's Angel Tree Project will support 422 Clark County children this year with Christmas gifts. Angel Tree tags have been placed on trees at local businesses. The organization plans to purchase gifts for the remaining children using cash donations, as well as individual toys and clothes that have been donated by the community.