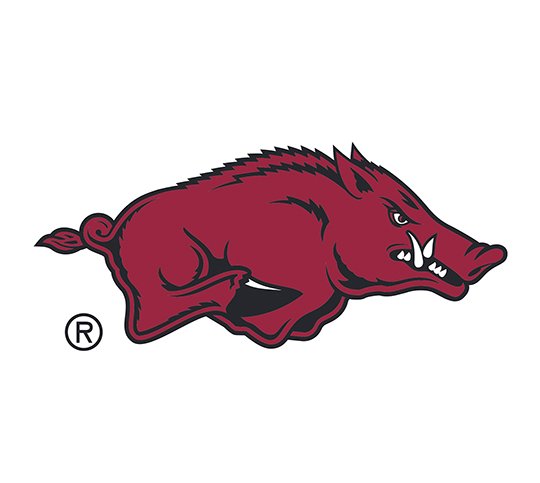 FAYETTEVILLE -- Baum Stadium hosted nine games during the NCAA regionals and super regionals over the past two weeks, welcoming more fans than any other ballpark in the nation with 89,852 fans in attendance during the two rounds that saw Arkansas advance to the program's ninth College World Series in Omaha, Neb.

Baum Stadium was one of only five ballparks to host both regionals and super regionals and the only one to surpass 80,000 in total attendance. In the games featuring the Razorbacks (44-19), the average attendance was 10,594 -- including 11,473 during the Fayetteville Super Regional. All three super regional crowds exceeded 11,000 and are three of the largest postseason attendances in stadium history.

Including the postseason, attendance at Baum Stadium this season climbed to 311,828.

Arkansas wrapped up the 2018 season with the most home wins in program history, going 34-4 at Baum Stadium.

Arkansas finished the year with a 42-17 record after hosting a regional at Bogle Park in Fayetteville and advancing to the program's first-ever NCAA super regional appearance.

The 11 regional staff honorees from around the country are now eligible for the NFCA Division I National Coaching Staff of the Year which is slated to be announced on June 27.

Arkansas' 42 wins are the third most in program history and most since 2000 and mark an 11-win increase from last year's total. Two seasons removed from a one-win conference tally, the Razorbacks posted a 12-12 record in the Southeastern Conference and earned a No. 7 seed into the SEC Tournament, where the team made a run to the semifinals for the first time since 2001.

On the heels of its strong start to postseason play, Arkansas earned a No. 13 national seed and hosted the program's first NCAA Regional. The Razorbacks swept their way through the regional on their way to securing a spot in the NCAA Norman Super Regional.

In Tuesday's release of the final national rankings of the season, Arkansas was positioned at No. 16 in the NFCA and USA Softball polls. The team also finished 17th in the final NCAA RPI.

The team's success on the field resulted in six top-10 home attendance figures at Bogle Park. The Razorbacks finished the season with a 27-2 record on their home field, established a new program record for home wins in a single season. Part of Arkansas' home triumphs included the program's first three-game sweep of a ranked team against No. 20 Mississippi State and its first-ever series win over Alabama.

FAYETTEVILLE -- Coming off of a 12th-place finish at the 2018 NCAA Outdoor Track and Field Championships in Eugene, Ore., the Arkansas men's team finished as the runner-up in the John McDonnell Program of the Year, announced Tuesday by the U.S. Track & Field and Cross Country Coaches Association.

The Program of the Year Award, named for Arkansas' legendary coach John McDonnell, recognizes the team that has the best-combined results across the NCAA cross country and indoor and outdoor track and field seasons with points distributed based on team finish. To be considered for the award, a team must qualify for the NCAA Championships in all three seasons. Upon completion of the outdoor championship, points from each season are added, with the award recipient being the team with the lowest combined total.

Arkansas capped the year with a final total of 31 points, finishing second by a 2.5-point margin behind Alabama and 4.5 points ahead of the third-place team, Stanford.

Arkansas won the award last season in 2016-17, which saw the Hogs finished fifth nationally in cross county, fifth during indoor and fourth during the outdoor season. The Razorbacks are one of only four teams to ever win the prize since its inception in 2008-09 and the only Southeastern Conference team to accomplish the challenging feat. The other winners were Alabama, Florida State and Oregon.

Prior to last season, Arkansas last won the award in 2012-13, which saw the Hogs place 10th nationally in cross county, first in indoor and third in outdoor.

The four Second Team All-American selections were Cotton in the 100-meter dash, Gabe Moore and Derek Jacobus in the decathlon, and Harrison Schrage in the long jump. Larry Donald earned honorable mention in the 100-meter hurdles.

The team's Second-Team All-American selections were Jack Bruce in the 5000-meter run, Laquan Narin in the long jump, Igbokwe in the 400-meter dash and Cotton in the 60-meter dash.

FAYETTEVILLE -- The Arkansas women's track and field team wrapped up its 2017-18 campaign with three champions and a U.S. Track & Field and Cross Country Coaches Association top five program for the sixth year in a row.

The Program of the Year Award, named for Cal Poly legendary coach Terry Crawford, recognizes the women's team that has the best-combined results across the NCAA cross country and indoor and outdoor track and field seasons with points distributed based on team finish. To be considered for the award, a team must qualify for the NCAA Championships in all three seasons. Upon completion of the outdoor championship, points from each season are added with the award recipient being the team with the lowest combined total.

The Razorbacks began their trek toward the award with a top-20 finish at the 2017 NCAA Cross Country Championships. Arkansas carried the momentum into the indoor season, capitalizing on the efforts of three individual national champions in Taliyah Brooks in the pentathlon, Lexi Jacobus in the pole vault and Payton Chadwick in the 60-meter hurdles to post a runner-up finish at the indoor national meet in College Station, Texas.

The Razorbacks finished off the season scoring 20 points in Eugene, Ore., at the 2018 NCAA Outdoor Track and Field Championships, which saw the team finish in 11th place to bring their combined total for the year to 26.5. Head coach Lance Harter's program produced 26 All-Americans through the fall, winter and spring competition seasons.

Arkansas' 2018 Indoor First-Team All-Americans were Brooks in the pentathlon, Hiltz in the mile, Chadwick and Brown in the 60-meter hurdles, and Jacobus and Hoggard in the pole vault. The Second-Team All-American selections were Brooks in the long jump, Baylark in the 60-meter run, Burks-Magee in the 400-meter dash and Chadwick in the long jump and 200-meter dash.