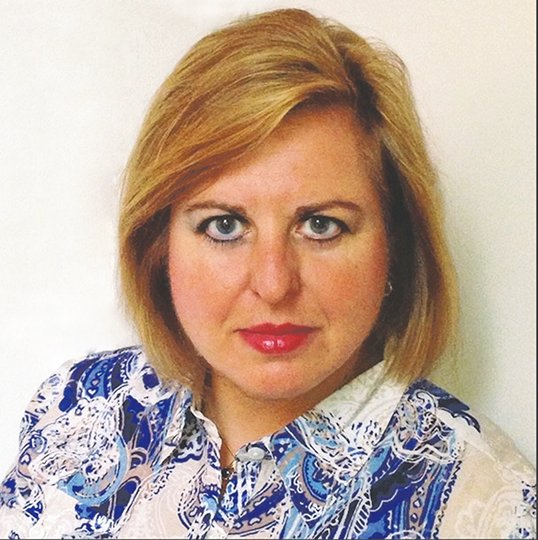 According to her biography, Luckow began her filmmaking career as an undergraduate at Yale University where she now teaches documentary and narrative film production. She also teaches at Barnard College and Columbia University.

Luckow has worked in casting for major Hollywood studios, shot reality television shows, and created documentaries that have taken her all over the world. Her first film, "Sharp Edges," won the Louis Sudler Prize in the performing and creative arts.

After her college adviser suggested she pick a different topic for her film, "I ended up making a film about a young figure skater I had trained with who was going to her first National Figure Skating competition. Eight years later, that skater became know to the world as Tonya Harding and the film 'Sharp Edges' was the visual basis for the fiction film 'I, Tonya,'" she said.

Luckow's most recent work is a film entitled, "That Way Madness Lies," which covers the riveting story of her mentally ill brother, Duane, and their family's struggle with the way the United States deals with the mentally ill. She said she believed that lives depended on the film being made and spent six years working to make her dream a reality.

"There were so many reservations about making this film, and my first concern was advocating for my family. I am not sure that, in the moment, I had the bigger picture of mental health awareness in mind. My immediate goal, truth be told, was to make my brother the poster boy for mental illness in a city where the (U.S. Department of Justice) had recently reprimanded the Portland Police for excessive use of force against the mentally ill," Luckow said.

The feature-length documentary film gives filmgoers an almost obtrusively personal view into the family's struggle with her brother's diagnosis and the battle to get him treatment. It combines footage from her brother's extensive video diary with her own footage and research on the topic.

"Because my brother was an avid amateur filmmaker in his early twenties, generally the age that severe mental illness presents itself, I was hoping to find some clues in them that would help us understand what happened to him. ... I did find some startling insights in his student films," she said.

The festival kicks off Saturday at 9:30 a.m. with a filmmaker meet and greet at Will's Cinnamon Shop and screenings begin promptly at 10 a.m. Luckow's film airs on Sunday at 4:35 p.m. with a short question and answers session to follow.

Weekend passes to the festival are available for $45 and day passes are $24. Tickets can be purchased for individual screenings for $10 per film.