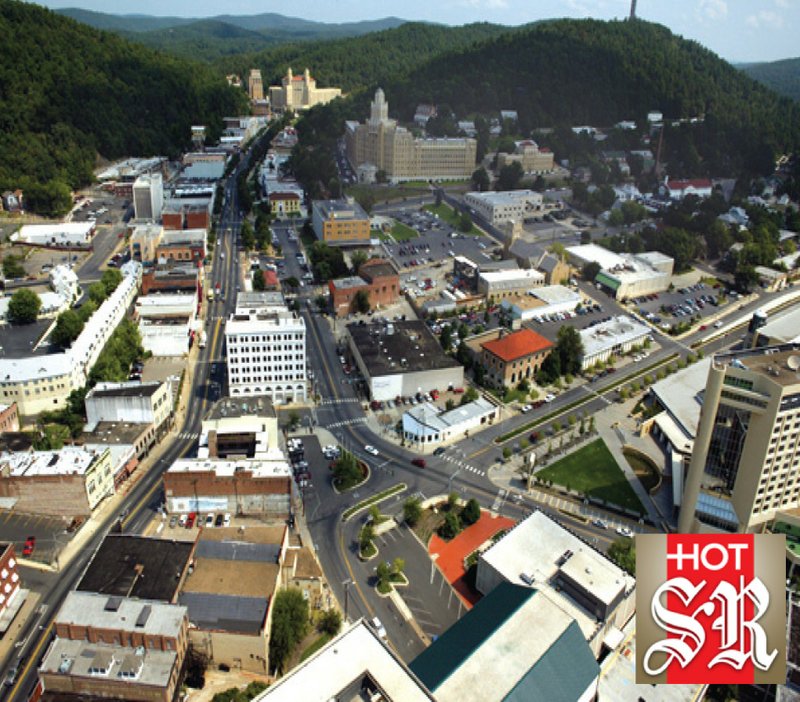 Few, if any, hotel rooms are left unoccupied in Hot Springs, as what could be the city's busiest weekend in history has finally arrived.

The Valley of the Vapors Independent Music Festival kicked off its 14th year Friday night with bands playing at Maxine's and SQZBX Brewery & Pizza Joint. The festival will run through Tuesday.

Gates open today at 11 a.m. at Oaklawn Park for the Rebel Stakes, Oaklawn's second-busiest race day of the year. The infield will be open for the duration of the day and will feature a Kids Zone and Beer Garden.

And last, but not least, St. Patrick's Day revelers will descend on Bridge Street and nearby downtown areas this afternoon for the festivities surrounding the First Ever 15th Annual World's Shortest St. Patrick's Day Parade, which is set to begin at 7:30 p.m.

As of Friday afternoon, he said, "Downtown is incredibly busy; I was downtown yesterday and even Thursday was busy because we're ending a spring break for another state right now, and Arkansas' spring break (started at the end of the school day on Friday). This is spring break season."

Arrison said Hot Springs has been entertaining spring breakers for several weeks now and will continue for several more weeks.

He added that, as of Friday, there were "very, very few rooms left" at any Hot Springs hotels, but that shouldn't discourage out-of-towners from coming and enjoying everything the Spa City has to offer this weekend.

"There are so many hotels close to us, in Benton and Bryant, Arkadelphia, and even if you wanted to stay in Little Rock you could still come down and enjoy everything that's going on in Hot Springs this weekend, from horse racing to parades to the Clydesdales to the Cowboys Cheerleaders. You don't have to stay in Hot Springs to enjoy that. The weather is beautiful, the infield will be open at Oaklawn, we'll be open downtown -- it'll be a great weekend in the Spa City," Arrison said.

"We've got a big crowd pouring in. I think we're going to get a break on the weather, which is awesome," she added. "We had such a rainy February that we're looking forward to having some good weather."

Oaklawn's tradition for the past couple of years has been to open the infield on the last five Saturdays of the race meet.

"That's always a lot of fun because you have the Kids Zone, which features inflatable rides and a petting zoo, and for the adults you have the Beer Garden, so it's just a fun day to just kind of enjoy the races in a parklike atmosphere," Hoyt said.

The infield will be open from 11 a.m. until after the last race of the day.

Randy Hill, Elvi co-founder, said the group is proud to have Valinoti representing them as king of the parade.

"I'm sure it won't go to his head, I'm sure he won't be very proud or let anybody know about it," Hill said of Valinoti's appointment as king, laughing. "We're already having to call him King Anthony since he's King Elvis, and now he's double king. We have an over-and-under about whether he'll be able to keep from cursing -- I'm taking the over. Take the over, trust me."

Rose Schweikhart, developer and owner of the Superior Bathhouse Brewery, will serve alongside Valinoti as parade queen.

Hill said being an Irish Elvis impersonator has almost become part of the group's heritage and DNA, adding that his group has the ability to bring smiles to the faces of the people who enjoy their entertainment because Elvis is universally loved and people still enjoy his music to this day.

"We are the shock and awe portion of the parade if you will. It's the 'hide your women, hide your children,' part of the parade," he said jokingly. "We want to see some smiles. We're a high energy group. And, there's nothing like a bunch of obese, fat guys running around throwing out beads and shooting off confetti cannons."