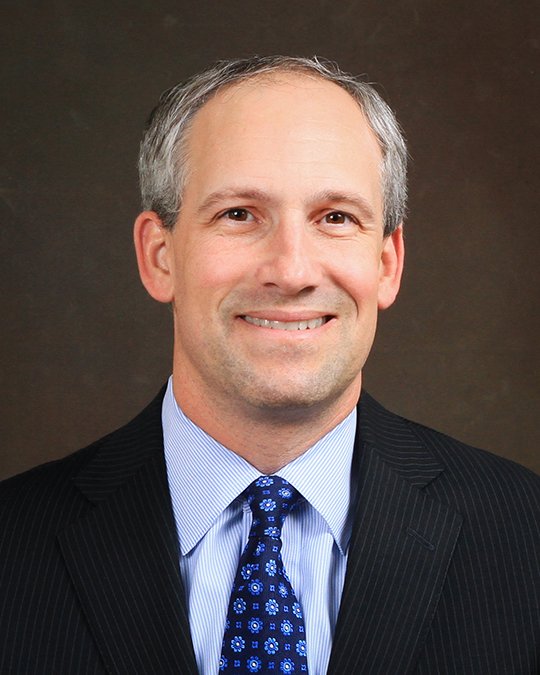 BATESVILLE -- Citizens Bank, an Arkansas-based community bank, announced the appointment of Adam Mitchell as president. Mitchell will work, alongside CEO Phil Baldwin, to lead the strategic growth of Citizens Bank throughout Arkansas. Mitchell will continue to be based in Little Rock, where his efforts are expected to be instrumental in expanding the bank's central Arkansas footprint.

Mitchell has nearly 20 years of experience in the banking industry, 17 of which have been at Simmons Bank. In his most recent role as executive vice president and chief retail officer, he had oversight for branch performance, staffing and service and sales delivery for more than 190 locations across seven states. He was responsible for the treasury management sales team across the system. Prior to taking on this executive role, Mitchell was the central Arkansas community president at Simmons, where he managed the bank's largest division with more than $1 billion in assets.

Overall, Mitchell has been a key player in Simmons' growth, systems development, acquisition strategy and the successful integration of those acquired banks and their staff into Simmons' operations, including the successful talent assimilation and vision alignment for the Metropolitan Bank and Delta Trust acquisitions.

"Adam's demonstrated success at Simmons speaks for itself," said Baldwin in the press release. "His proven track record of exemplary leadership, coupled with a loyal commitment to his community, makes him a perfect fit for Citizens Bank. I am excited to have him at the helm of our growing team as we expand our customer services and footprint in central Arkansas and beyond."

Mitchell serves on the advisory board of the Juvenile Diabetes Research Foundation and, together with his wife, Kristie, was honored with its Living & Giving Award in 2017 and served as co-chair of the Central Arkansas Heart Ball in 2014. Mitchell serves as a board member for the Little Rock Regional Chamber, Baptist Health Foundation and Arkansas Health Group. He has held various roles with Hendrix College, the Arkansas Bankers Association and Junior Achievement of Arkansas.

"I'm incredibly honored to lead such a talented group of bankers," said Mitchell in the release. "This opportunity allows me to focus on the things I care about the most: people, customer service, organic growth and innovation. I have always known Citizens Bank to have an impeccable reputation for both customer and community service, and I'm looking forward to helping propel that focus from central Arkansas."

Mitchell graduated from Hendrix College in 1997 with a bachelor's degree in political science. He is also a graduate of the American Bankers Association Stonier Graduate School of Banking and the Wharton Leadership Academy. Mitchell and his wife live in Little Rock with their two daughters.

Citizens Bank was founded in 1953 by business and civic leaders to serve the financial needs of middle income families and small businesses. Citizens Bank works to improve the quality of life for all community residents by promoting educational opportunities, economic growth and innovative civic partnerships. For more information, visit http://TheCitizensBank.net or find them on Facebook.