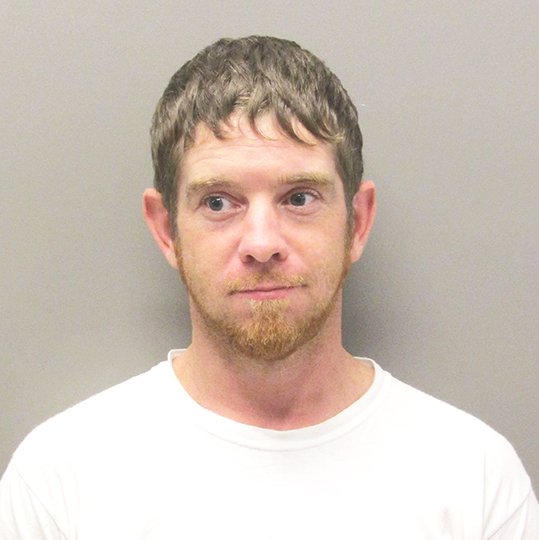 A reportedly homeless man was arrested Tuesday evening after being identified through social media in connection with an alleged burglary that occurred earlier this month.

Jeremy Daniel Stevens, 32, who lists no current address, was taken into custody around 5 p.m. Tuesday and charged with a felony count of commercial burglary, punishable by up to 10 years in prison, and misdemeanor counts of theft of property and first-degree criminal mischief, punishable by up to one year in jail.

Stevens remained in custody in lieu of a $6,500 bond and was set to appear Wednesday in Garland County District Court.

According to the probable cause affidavit, on March 4, Hot Springs police officers who responded to an alarm at the Exxon Gas Station, 1200 Central Ave., observed a broken glass window and made contact with the gas station owner who stated someone had used the station's spare keys to open the cash registers, cash lock box and ATM.

The owner said $1,000 cash and an unknown amount of money from the ATM and register were taken.

Officer Brian Branstetter reviewed surveillance video and observed a white male enter the store and go the restroom, where he stayed until 1 a.m., after the store closed.

He then reportedly exited the restroom and unsuccessfully attempted to leave from the front door, and was then out of camera range for the remainder of the video. The owner told police he thought the camera cables had been cut, causing the footage to end.

Hot Springs police later released photos of the man on social media and Detective Nathan Rines received "an overwhelming response" from the public identifying the man as Stevens and a warrant was issued.