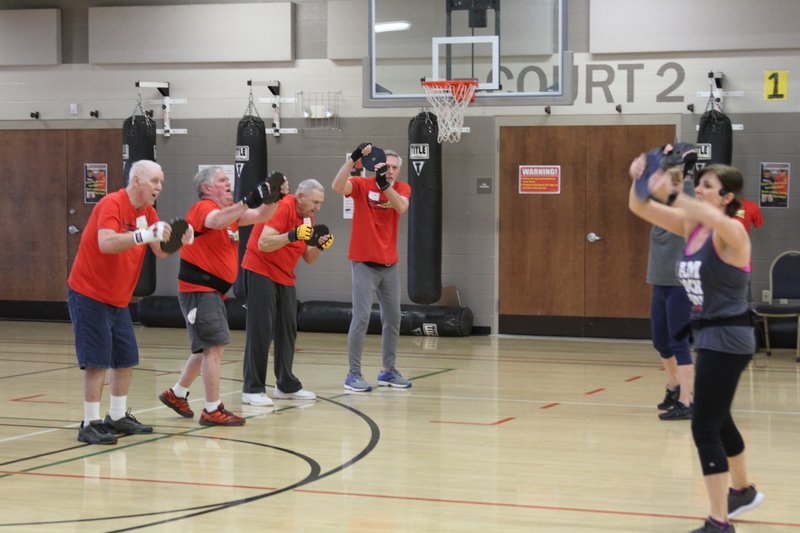 Three months after starting, the local Rock Steady Boxing chapter is committed to helping those with Parkinson’s disease go the distance with the disease.

RSB is a fitness/workout group for people who have been diagnosed with Parkinson’s disease. The organization was founded over a decade ago when a man with the disease found his symptoms got better after he started training with a boxer. Now there are over 700 chapters in the world.

The idea of a Hot Springs chapter started when Amy Johnson, fitness director of First Baptist Church, learned that two members of fitness club were diagnosed with the disease. Wanting to help the two, Johnson looked up the disease and discovered RSB. However, the price tag associated with forming a RSB chapter initially prevented her from pitching the idea to the church.

“I thought about this for over a year,” Johnson said. After thinking and praying about it, Johnson finally proposed the idea to the church. The response, Johnson said, was “How can we not do this for the community?”

“I thought, ‘God, that’s funny. Those are big numbers,’” Johnson said. The group now has 50 members and 60 volunteers. 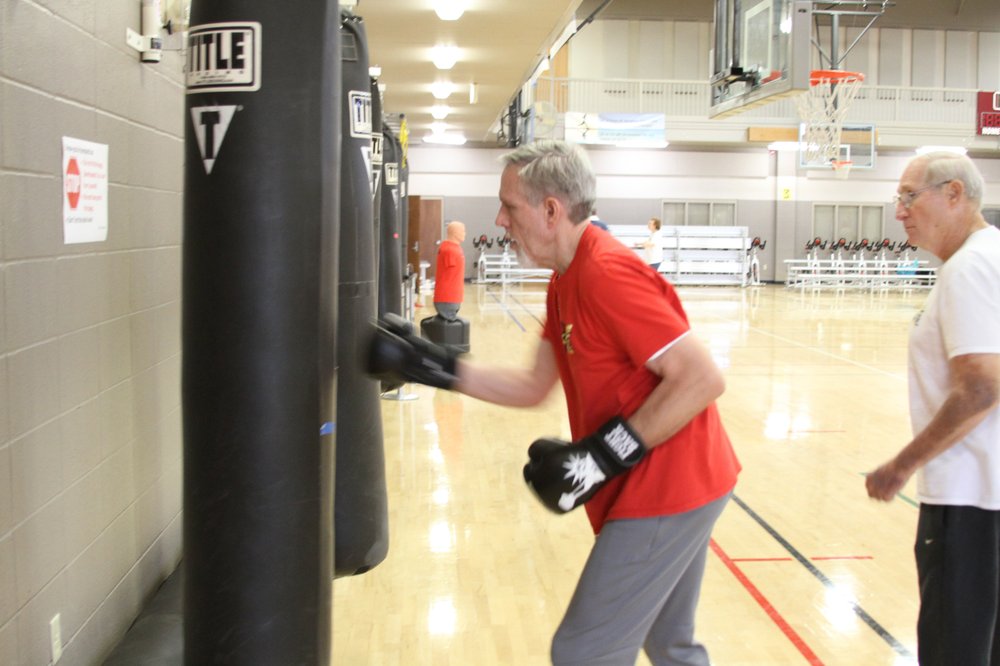 The Sentinel-Record/Tanner Newton PACKING A PUNCH: A Rock Steady Boxing fighter works a punching bag recently at First Baptist Church. The workout is designed to help people cope with the symptoms of Parkinson’s disease.

The members are not referred to as patients. They are called either boxers or fighters. They are broken up into two groups based on how far their symptoms have progressed.

The workout is based on what boxers do. While music playing — “Rocky III’s” “Eye of the Tiger” plays frequently — the boxers hit punching bags and speed bags. They also do jumping jacks and running exercises. As the disease also affects the mind, the fighters also answer questions and solve problems.

Parkinson’s disease also tends to affect one side of the body more than the other, so Johnson said that the trainers make the boxers do everything at least twice. The less they use their affected side, the worse the symptoms get, Johnson said.

The scariest part of the program, Johnson said, is that they teach the fighters how to fall down.

People with the disease sometimes suffer from a condition called “freezing.” Johnson said this is where the person’s brain says “I’m going to walk that way,” but then they can’t move their feet. This causes them to fall.

“The truth is with Parkinson’s disease, they are going to fall. We teach them how to fall and how to get back up,” Johnson said.

Johnson said that in the past three months, they have already seen the positive effects of the program. Among the success stories Johnson has seen include two people who were using walkers have been able to move to canes, and a man in a wheelchair has been able to start using a walker.

Another thing that has helped, Johnson said, is that the local medical community has endorsed the program and refer people to the chapter.

Membership is only for people who have been diagnosed with Parkinson’s disease, and costs $91 for three months. Johnson said that most chapters cost between $75 and $100 per month, but as this chapter is at a church, it only cost enough to keep the program going.

Those interested in joining have to make an appointment with the chapter so that they can be assessed and assigned to the correct class.

The chapter is also looking for more volunteers.