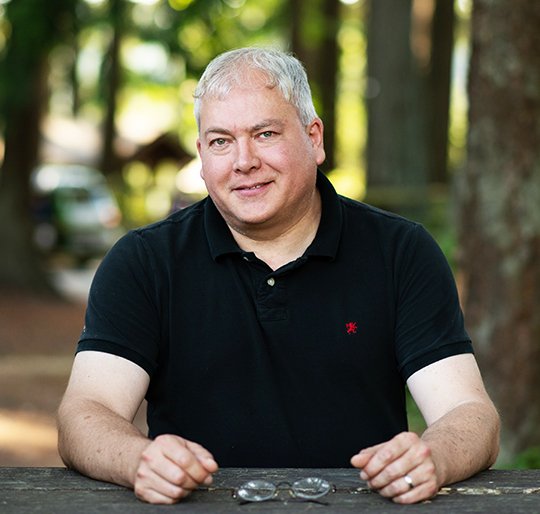 The regular open mic session for all poets will begin at 6:30 p.m. Welch will perform at 7 p.m., followed by another round of open mic. Admission is free and open to all ages.

Welch, who lives in Sammamish, Wash., with his Japanese wife and two children, is also the featured poet for the South Region Conference of the Haiku Society of America this Friday and Saturday at the Arlington Resort Hotel & Spa.

He began studying haiku in 1976, and in addition to co-founding Haiku North America in 1991, he also started the American Haiku Archives in 1996. In 2000, he founded the Tanka Society of America, the Seabeck Haiku Getaway in 2008, and National Haiku Writing Month (http://www.nahaiwrimo.com) in 2010.

Welch was the keynote speaker for the 2013 Haiku International Association convention in Tokyo, and he has served two terms as poet laureate of Redmond, Wash. For more than 10 years, he has curated SoulFood Poetry Night and the Redmond Association of Spokenword.

Over the years, Welch's poetry has been performed for the Empress of Japan, read at the Baseball Hall of Fame and has appeared in hundreds of journals and anthologies in more than 20 languages, a news release said. In 2012, one of his translations from the Japanese appeared on the back of 150 million U.S. postage stamps. His poetry has won first prize in the Henderson, Brady, Drevniok, and Tokutomi contests. He has published numerous books of his poems. The latest are "Jumble Box: Haiku" and "Senryu" from National Haiku Writing Month and Earthsigns. Both were released in 2017 by Press Here.

While Welch will include plenty of Haiku in his Wednesday night performance, most of his program will be longer poems. Haiku are only 17 syllables long.

A native of England, Welch grew up there, in Ghana, Australia, and Canada. He has a master of arts in English and is a technical writer for Microsoft.

For more information about Welch go to http://www.graceguts.com. To find out more about this weekend's Haiku conference at the Arlington hotel, email [email protected]