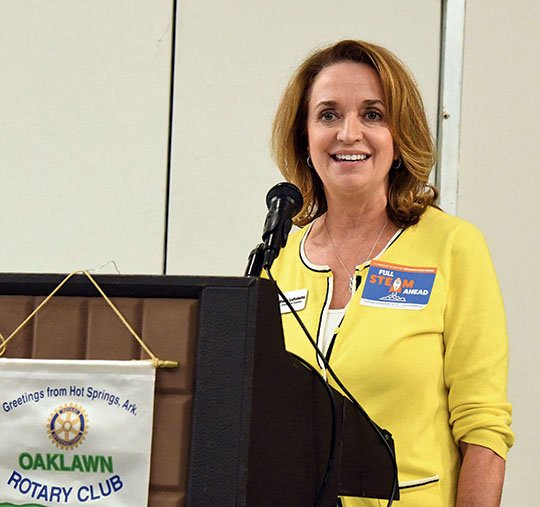 Mid-America Science Museum officials hope at least 1,000 more ballots are cast today as city residents visit the polls to either approve or deny a $2 million bond issue that would fund a 7,000-square-foot expansion at the museum, its executive director said Monday.

Voters are being asked to decide "for" or "against" issuing the bonds, which would be repaid using proceeds from the existing 3-cent advertising and promotion tax that is levied on prepared food and lodging inside the corporate limits of the city of Hot Springs.

According to the Garland County Election Commission's website, 612 ballots had been cast in early voting through Friday.

The museum will celebrate its 40th anniversary in 2019, and LaFollette said that since it opened its doors in 1979, Mid-America has served over 3.5 million people, now averaging about 110,000 visitors per year.

"Over all those years the museum has had an incredible impact on the lives of our children, our families and our teachers," she said. "We're very pleased with our attendance now, but we need to keep growing, we need to keep using different tools to impact our kids."

The new addition would include 5,000 square feet of exhibition space and 2,000 square feet of support areas. LaFollette said its temperature and humidity would be separately controlled from the rest of the facility, which will allow Mid-America to maximize its partnership with the Smithsonian Institution, as it will be able to house exhibits that include artifacts that have specific humidity and light requirements.

The expansion would make Mid-America the largest venue for science exhibits in the state and allow national exhibits and new educational resources to come to Hot Springs, they said.

LaFollette said officials estimate the museum has an annual economic impact to the city of Hot Springs of $14 million.

Nehus noted the election's catchphrase, "One small decision for voters, one giant leap for kids," adding, "The opportunities that we're going to be able to provide from this expansion for our students and for our families is something that we just can't do right now with the space (currently available)."

She also noted the museum was one of 10 institutions in the country to be awarded the National Medal for Museum and Library Service in 2016.

"We're not even just playing on a state level or a local level, but we're playing on the national level, and for a science museum in Hot Springs, Ark., to be at that level, I think that's something that we need to toot our horns about all across our community."

Nehus said the "key piece of this election" is that the new expansion will not require taxpayers to pay any additional funds.

"Whether voters pass this tomorrow, taxes are not going to go up. If the voters don't pass this tomorrow, which we would hate for that to be the outcome, taxes are not going to go down. There are no new taxes," she said. "Voters are simply approving the use of already collected taxes by the A&P Commission to be able to get the bonds to build this building at the museum."

LaFollette said Monday she feels hopeful about the outcome of the election, noting community feedback so far has been very positive.

Nine polling sites will be open today from 7:30 a.m. to 7:30 p.m. Only registered city voters can cast a ballot in the special election.