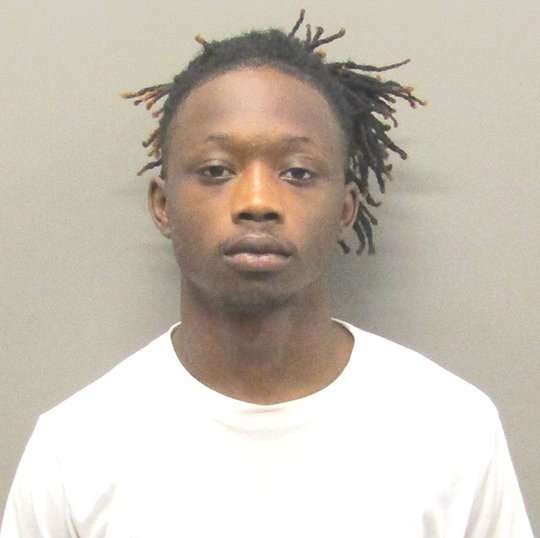 A Malvern man stopped for speeding Thursday was arrested on multiple felony charges after almost 2 pounds of marijuana, a handgun and large amount of cash were allegedly found in his possession.

Moore was also cited for speeding and driving on a suspended driver's license. He was being held on $40,000 bond and appeared Friday in Garland County District Court.

According to the probable cause affidavit, around 1:15 p.m. Thursday, Arkansas State Police Trooper Ryan Wingo saw a red Chrysler 300 westbound on Highway 270 east at a high rate of speed and pulled the vehicle over at Middleton Street after reportedly clocking the car at 60 mph in a 45 mph zone.

He approached the driver, identified as Moore, who claimed he did not have his driver's license with him. Wingo noted Moore appeared nervous, sweating and talking "very quietly" and wouldn't roll his window down all the way. He asked him to step out and patted him down for weapons and felt what he thought was a baggie in his pocket.

Asked if he had any drugs on him, Moore allegedly admitted he had a little marijuana and Wingo retrieved a baggie with 3.1 gram of what later tested positive for marijuana.

Wingo detained Moore and searched the vehicle and allegedly found a fanny pack in the front seat with $4,905 "broken down into small denominations consistent with the sale and distribution of illegal narcotics," the affidavit states.

Behind the front passenger seat, Wingo allegedly found a leather backpack containing large bags of marijuana, a total of 821.2 grams or 1.81 pounds, numerous baggies, a digital scale and a loaded gun clip and Moore's driver's ID card. Under the seat, he reportedly found a 9-mm handgun.

A computer check showed the car belonged to someone else and that Moore had a suspended driver's license and an active warrant from the Rockport Police Department.