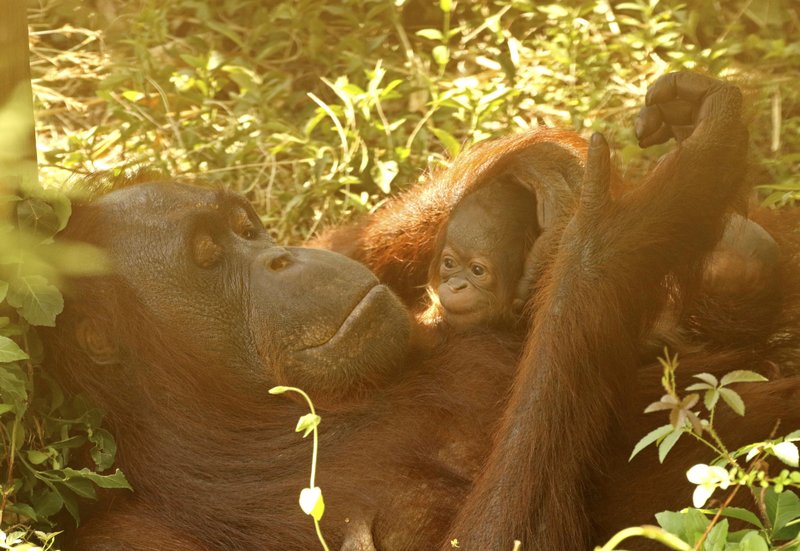 In this Tuesday, July 30, 2019 photo provided by the Little Rock, Ark., Zoo is Berani, a Northwest Bornean orangutan, as she cradles her newborn at the zoo. The baby, who is not yet named, is Berani's first and the fifth for the father, Bandar. The World Wildlife Fund lists Bornean orangutans, whose populations have declined by more than 50% over the past 60 years as critically endangered, one step below extinct in the wild. (Karen Caster/Little Rock Zoo via AP)

LITTLE ROCK -- The Little Rock Zoo says a Northwest Bornean orangutan has given birth to her first baby.

The baby, which is not yet named, is the fifth born to Bandar, the father.

Williams says the baby is part of the Orangutan Species Survival Plan, which manages orangutans in Association of Zoos and Aquariums accredited zoos.

The World Wildlife Fund lists Bornean orangutans as critically endangered, one step below extinct in the wild. According to the WWF, their populations have declined by more than 50% over the past 60 years.