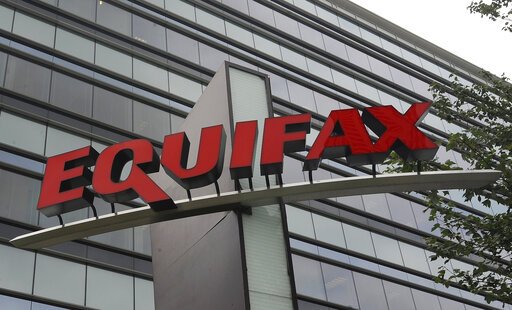 FILE- This July 21, 2012, file photo shows signage at the corporate headquarters of Equifax Inc. in Atlanta. The FTC on Wednesday, July 31, 2019, told consumers affected by the Equifax data breach that they are unlikely to get the full $125 cash payment that many sought. (AP Photo/Mike Stewart, File)

The Federal Trade Commission on Wednesday told consumers affected by the Equifax data breach that they are unlikely to get the full $125 cash payment that many sought.

Equifax last week reached a $700 million settlement over the massive 2017 data breach that exposed the personal information of 147 million people. The bulk of that money is intended for consumers who were impacted by the breach.

The company provided several forms of relief under the agreement, including the option of credit monitoring or in lieu of that, a cash payment of up to $125.

But the FTC said on an update to its website Wednesday that "public response to the settlement has been overwhelming" and millions of people visited the claims site in the first week alone.

Because those payments come from a fixed pot of $31 million, if more people apply than there are full funds for, then the amount each person gets will drop as the pool of money is distributed proportionally.

The FTC said that based on the response so far, those who opt to get cash would see a "very small amount" that would be "nowhere near the $125 they could have gotten if there hadn't been such an enormous number of claims filed."

It's not surprising given the number of people affected by the breach, which equates to almost half the U.S. adult population.

Personal finance website NerdWallet estimated there would need to be no more than 248,000 approved claims out of the 147 million consumers affected -- or less than one-fifth of 1% -- for approved applicants to get the full $125.

The FTC said that the free credit monitoring "provides a much better value, and everyone whose information was exposed can take advantage of it." They put the value of the credit monitoring, identity theft insurance and other benefits available to consumers at several hundred dollars a year.

"You can still choose the cash option on the claim form, but you will be disappointed with the amount you receive and you won't get the free credit monitoring," the site stated.

People who already submitted a claim for the alternative cash payment can change their mind. The settlement administrator will be sending an email to those who chose the cash option with information on how to switch to free credit monitoring if they wish. Consumers can also send an email to change their claim request.