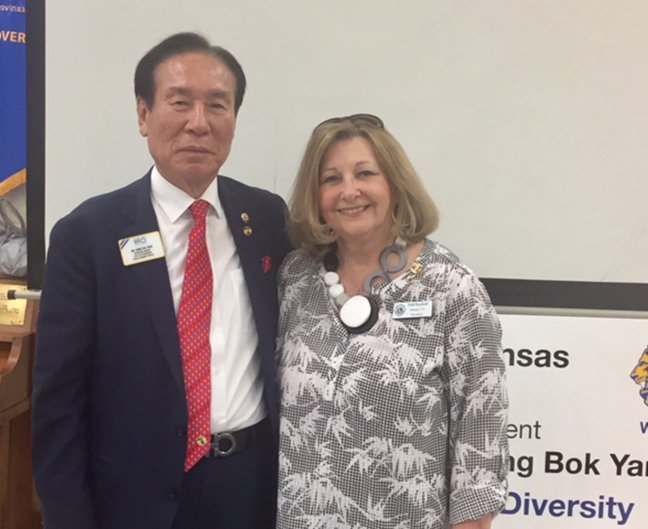 Aug. 6 was Lions Day at World Services for the Blind for Choi. "WSB CEO Sharon Giovanazzo graciously opened WSB for all Lions to meet there for tours of the facility and a meeting with Lion President Choi," the release said.

In recognition of his service to the association, Choi has received numerous awards, including the Humanitarian Partnership; Senior Master Key Award; 100 Percent District Governor Award; multiple International President's Leadership Awards; multiple International President's Awards; and an Ambassador of Good Will Award, the highest honor the association bestows upon its members, the release said.

While in Little Rock, Choi met with several members of local Lions clubs. He emphasized that being a Lion meant leading by example, building relationships and improving the world through kindness. "It is 1.4 million caring men and women serving together so they can make a lasting impact and change more lives," the release said.