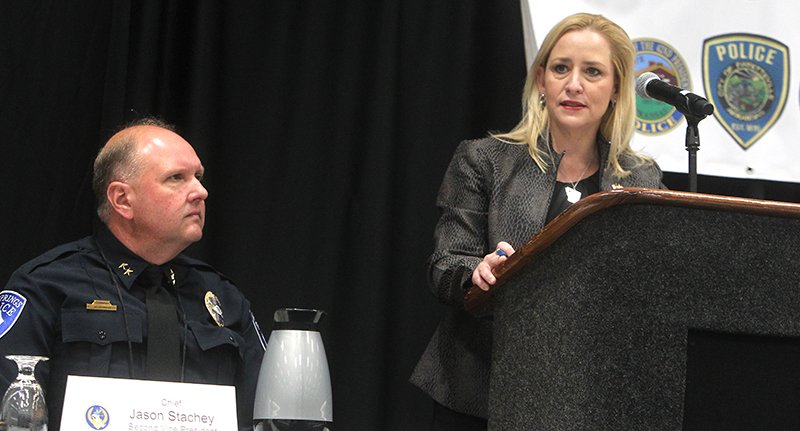 Brittany Brown, of Bonnerdale, who owns the company with Karen Annette Tidwell Monet, of Glenwood, said Tuesday she was not informed the suit had been filed, but does not feel like she, or the company, Timeless Memories LLC, treated consumers wrongly.

Attorney General Leslie Rutledge's office said in a news release it had discovered at least eight consumers impacted by the alleged deception perpetrated by the company.

Consumers report they tried to contact the defendants to obtain refunds with no success, the release said.

Brown said she does not know who the eight affected consumers are, but pointed out that of $550,000 in revenues done by the company, consumers have only asked for $18,000 of it to be refunded.

"Look at how many people didn't want a refund out of $550,000. So if I don't agree with people right here, there's a reason why, then. And that's the reason why they weren't given a refund. I'm not going to side with them unless they have a real reason (to have a refund)."

Brown said, "they will be given a refund if I feel like they are owed a refund."

According to the complaint, one 72-year-old consumer saw a property listing on a travel-booking website for "Irene's Secret" Aug. 17, 2018, and was looking to book the property Dec. 28-30, 2018. Instead of booking online, the consumer called Brown directly and paid two payments of $500 from then to Sept. 4, 2018. The consumer felt they were being scammed and demanded a refund of the $1,000 paid to Timeless Memories through Brown, which was never given.

Brown said Rutledge contacted her about this specific consumer, questioning whether she would be willing to refund the consumer.

"The lady was blowing my phone up, paranoid, because she paid me through a credit card processor ... I do not have to answer her; I'm busy. Here comes September or October and she says 'I want a refund, I feel like this is a scam.' I said, 'I'm not scamming you. You have the door code, you have the house address. Dec. 24 you're going to have somewhere to check-in; leave me alone.' Well, the attorney general wanted to know if I would refund her and I said, no. Why would I? It's not my fault she's thinking in her head all this stuff. I was going to deliver what she paid for when she got here, so I don't want to refund her money."

According to the news release, the company also advertised exclusive amenities like hot tubs and lake access the properties did not have, and consumers paid it "thousands of dollars" by relying on these "misleading listings."

Brown said consumers might "get here and say 'this isn't the lake ... we want a refund.' Nope. I'm not giving you a refund. That is Lake Hamilton and this is a $500,000 house. You cannot tell me that it's not vacation ready ... I try to do the best that I can and offer them so many amenities to where they'll enjoy their vacation, not so they'll complain and want a refund. But you're going to run into those types of people in this business."

Brown said she has never advertised a property to have a hot tub and lake access that didn't.

According to the release, Rutledge is asking the court to impose civil penalties, restitution and attorneys' fees and costs and seeks to stop Brown, Monet and Timeless Memories from operating their vacation rental home business in Arkansas.