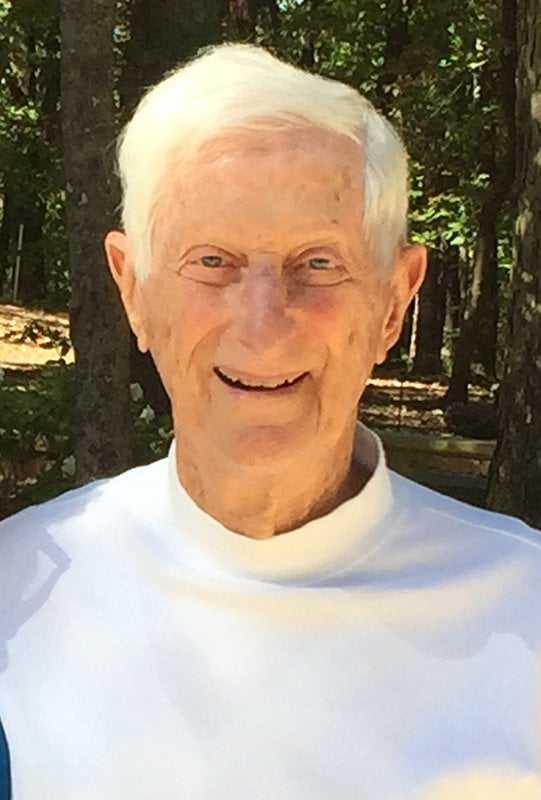 Herman Imy Marcus Jr, the heart and soul of the Toy Chest or "The Toy Man" as he was known to many, passed away peacefully after an extended hospital stay on Aug. 13, 2019, at age 86. Imy was surrounded by Harriett Jacobson Marcus, his loving wife of 64 years, his adoring daughters Anne Marcus of Hot Springs and Sallye Marcus of San Francisco, dear friends Larry & Carol Levi and Bob & Deb Lau. During Imy's hospital stay he often smiled and laughed as he told stories from the past to family and friends. Hospital staff shared countless stories with Imy about how he had helped them pick out just the right toys and books for their children over the years.

Imy was born Feb. 21, 1933, in Laurel, Miss. to Bertha Klein Marcus and Herman Imy Marcus Sr., two gentle and caring parents. From Laurel, the Marcus Family moved to Shreveport, La., when Imy was a baby, where he grew up making a circle of lifelong friends. Imy attended Kemper Military Academy in high school. He graduated from Tulane University with a degree in Business in 1954. At Tulane, he was a member of Zeta Beta Tau Fraternity.

Upon graduation, Imy proudly began serving his country in the US Army. In September of the same year, Imy met Harriett Jacobson, at a wedding of mutual friends, in Memphis, Tenn. Three months later, Imy and Harriett married, beginning a true romance that would inspire many for the next 64 years. It was easy to spot Imy and Harriett walking together in downtown Hot Springs. They were the couple always holding hands. At a party, Imy and Harriett were the two on the dance floor jitterbugging as if no one else was there.

Imy finished his commission in the Army as a 1st Lieutenant in 1956 and the young couple moved to Shreveport, La. where they had a happy life raising their family. Imy worked in the insurance industry for several years, then began working with his father and eventually ran the family furniture business, Marcus Furniture Company. Imy took great pleasure in actively participating in his community as a member of the Jaycees, the B'nai Zion Temple Brotherhood, as a Youth Group Director, a member of the National Conference of Christians and Jews, the Chamber of Commerce and many other civic groups. Imy never hesitated to lend a hand, help an employee, contribute to a cause, support a friend or take care of family. When given the opportunity to make a situation easier for someone quietly and behind the scenes, Imy always did so with grace and humility.

In 1989, after closing Marcus Furniture stores, Imy and Harriett, moved to Hot Springs, Ark. where they opened the Toy Chest in downtown Hot Springs. For the next 29 years, customers who walked in the Toy Chest were greeted by Imy's big smile and treated to a tour of the store. Imy believed in the potential of downtown Hot Springs. He was a member of the Downtown Merchants Association, Downtown Rotary Club, sat on the boards of Levi Hospital and the Hot Springs Chamber of Commerce, presided over the Annual Easter Egg Hunt on the Arlington Lawn, judged the Running of the Tubs and participated in numerous committee groups for Downtown Hot Springs.

An avid bass fisherman, a passion he inherited from his father, Imy loved being on the lake in his fishing boat, with his fishing buddies. Catching a big bass made the day even better. Imy also enjoyed the friendships he made while playing poker with pals.

A kind and caring man, Imy wanted little for himself. He was happiest spending time with his wife Harriett, and their two daughters, Anne & Sallye, his "girls" and gave his family a beautiful life. Imy was truly loved and will be missed greatly by his family, friends and customers.

A private memorial service will be held for immediate family. The Toy Chest will be closed on Sunday, Aug. 18, 2019 to honor Imy's memory.

In lieu of flowers, the family requests donations be made to: Cooper-Anthony Mercy Advocacy Center, Congregation House of Israel, Henry S. Jacobs Camp or to a charity of choice in Imy's name.