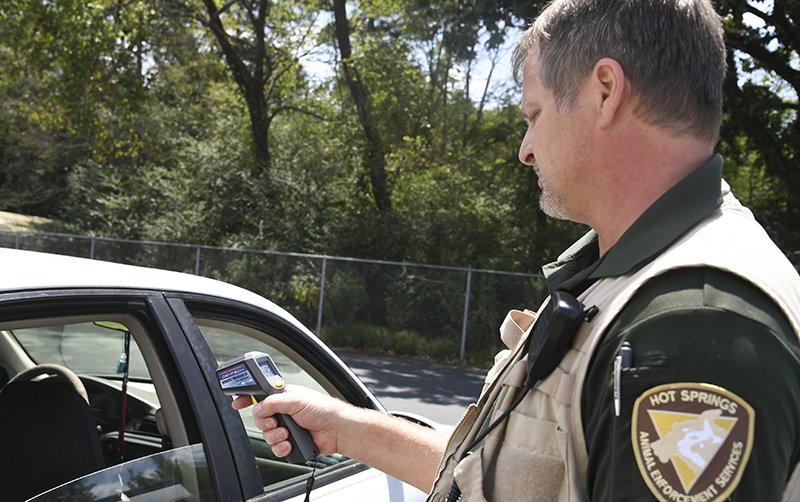 The Hot Springs Police Department, which operates Hot Springs Animal Services, is asking the public to exercise caution with their pets during this summer's extreme heat.

At the same time, a local veterinarian is also urging people to take extra steps to ensure pets and livestock are also protected from the heat, offering early warning signs of overheating in animals and tips to keep pets living outside cool.

Hot Springs police Cpl. Joey Williams the most basic mistake most people make is simply leaving their animals out in hot weather.

"We wouldn't do it to ourselves or anything else like that. Even running to the store for a few minutes and putting your dog, cat, or animal in a locked vehicle with the windows up (is dangerous). Even if it's 70 degrees (the car's internal temperature) will climb rapidly in the sun," Williams said.

And while it may be the "dog days of summer," Williams cautioned against taking pets out in a vehicle when the area is under a heat advisory. Unless the vehicle is left running, leaving an animal inside of a vehicle is never a good idea and could lead to criminal charges. However, even then, the animal could inadvertently hit a control in the vehicle and switch off the air.

People who leave an animal in a hot car can "face criminal charges. Animal cruelty can be a misdemeanor or felony in the state of Arkansas. What determines misdemeanor and felony is intent. ... You can face some serious charges and up to a year in jail," he said.

In addition to charges filed for anyone who leaves an animal locked in a hot car, civilians who opt to break a window on someone else's vehicle can face charges of criminal mischief, despite good intention. Williams says the average response time of officers in the city is about two minutes and several officers with Hot Springs Animal Services patrol the city, as well.

"The law would not necessarily protect someone from breaking a window out of a car. You could face criminal charges. We encourage the public to call 911 if they see an animal in distress or locked in a hot car ... and let us make that determination whether forced entry into the vehicle needs to be made," he said. 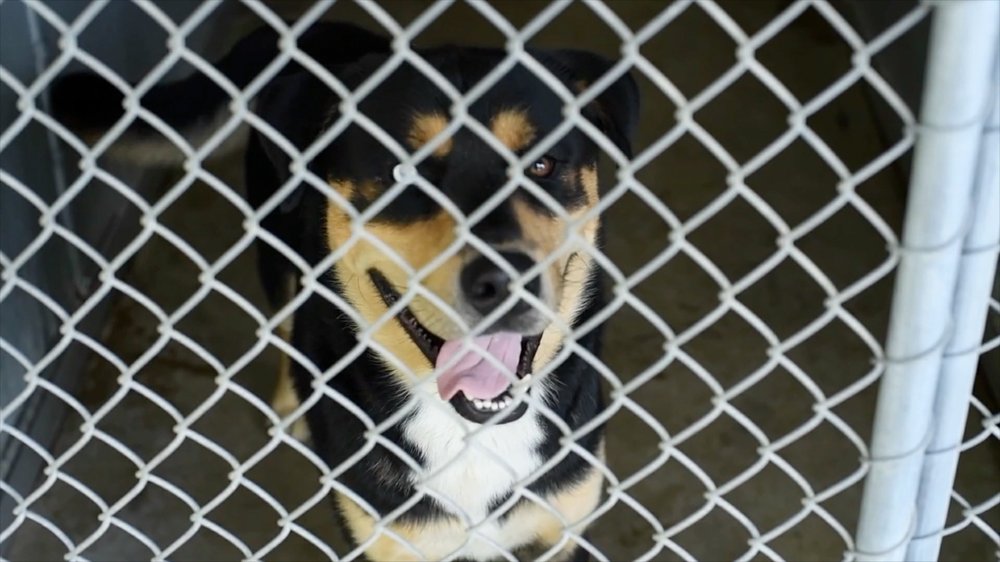 The Hot Springs Police Department, which operates the Hot Springs Animal Shelter, is asking the public to exercise caution with their pets during this summer's extreme heat. - Photo by Grace Brown of The Sentinel-Record.

Excessive panting, labored breathing, and the inability to walk are all signs of overheating in animals, according to local veterinarian Dr. Sandy Brown with Hot Springs Animal Hospital. However, the time between when an animal begins excessively panting and the point where they overheat is very short.

"By the time a pet owner notices their pet is in distress, it can be at the point that the animal is going to need lifesaving care," Brown said.

She advises keeping pets inside, if possible. She noted a good rule of thumb is to place a hand on the ground. If the hand can't be held there for longer than five seconds, it is too hot outside for a pet.

For pets who live mostly outside and livestock, it is crucial that the animal has access to shade and cool water. Brown noted that placing the shelter in a shaded area and putting ice cubes in the pet's water source is helpful in extreme heat.

"People need to realize their pets can overheat and just be aware of the environment your pet is in. Make sure they have access to shelter out of the sun and cool water," she said.