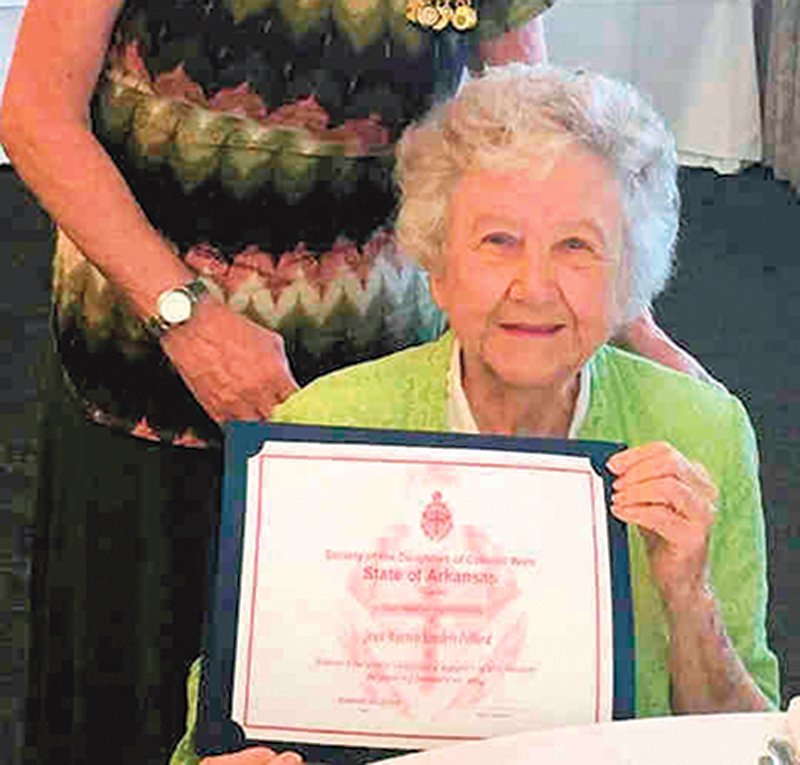 Jean Warren Sanders Pollard was recently recognized for 35 years of service to the Arkansas Society Daughters of Colonial Wars. 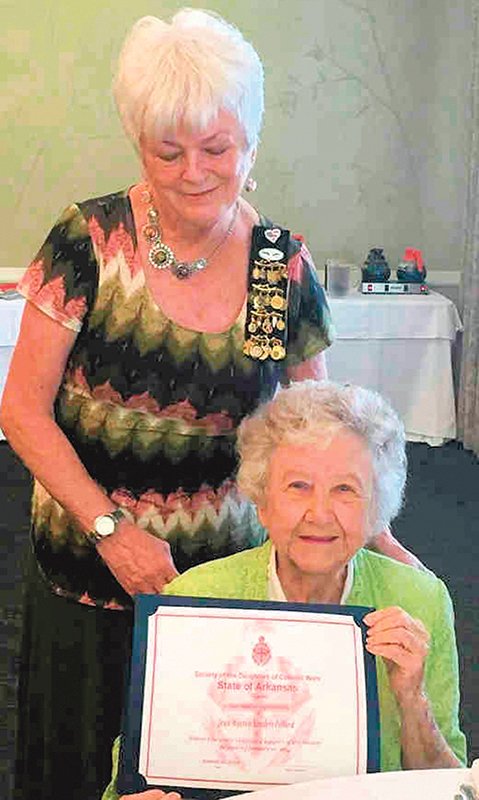 Pollard, not content to just hold membership in the various societies, has held state leadership positions in almost all, a news release said.

Any woman who is 18 years of age and who is lineally descended in the male or female line from an ancestor who, from the time of the settlement at Jamestown (May 13, 1607) to the battle of Lexington (April 19, 1775) gave military service, is eligible for membership in DCW. Specifically, service as a military or naval officer, or as a soldier, sailor, marine or privateersman, under the authority of the Colonies that afterward formed the United States, or in the forces of Great Britain that participated with those of the said Colonies in any wars in which the said Colonies were engaged, or in which their men were enrolled.

Also service in any civil position in the Colonies, such as director general, vice director general, governor, lieutenant governor, deputy governor, governor's assistant, lord proprietor, secretary, or treasurer of a colony or province, member of the king's or governor's council, or legislative body in the Colonies, or commissioner to the United Colonies or New England, or member of the Council, or Body of Assistants, as well as receiver general, attorney general, surveyor general, and such titles as sheriff, constable, mayor, judge, justice of the peace, customs officer, master of ordnance, or other elective or appointed offices in the Colonies.