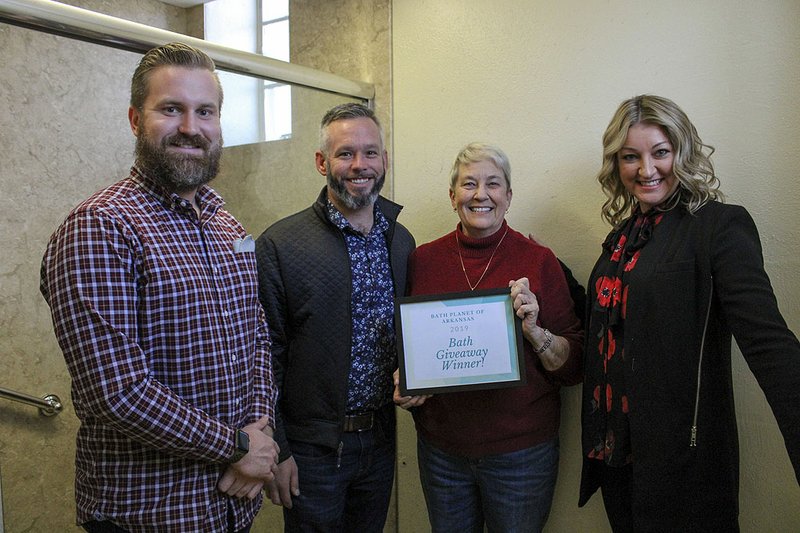 Elliot Thomas, left, Chris Cusick, and Nicole Cusick, right, of Bath Planet of Arkansas, join Sally Carter with St Luke's Episcopal Church inside a bathroom stall that was recently converted into a shower for the local homeless population to use on Monday. Bath Planet of Arkansas donated and installed the shower and The Giving Circle donated the funds to cover modifications to the infrastructure. - Photo by Grace Brown of The Sentinel-Record 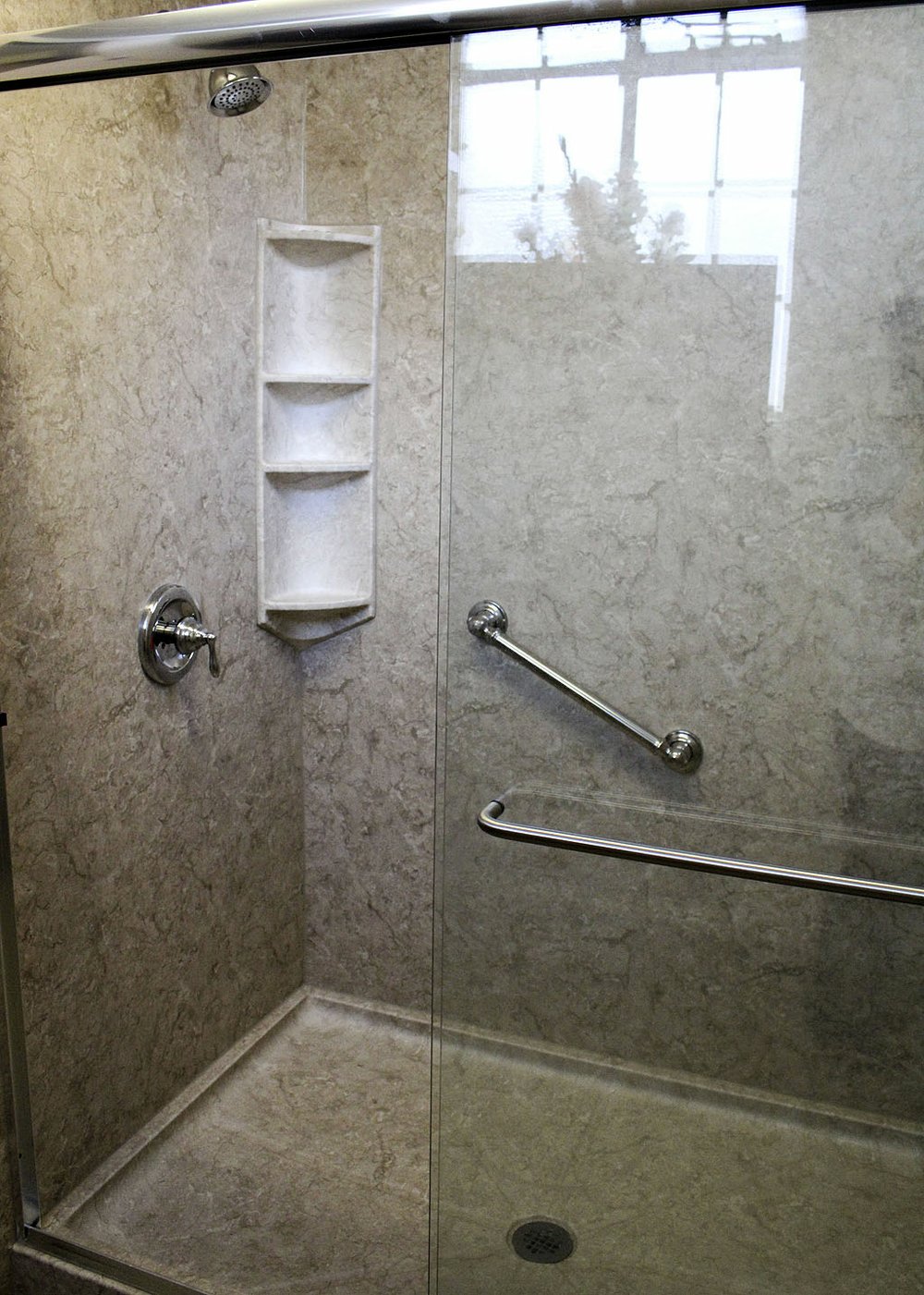 A shower created for the local homeless population to use at St Luke's Episcopal Church is shown on Monday. Bath Planet of Arkansas donated and installed the shower and The Giving Circle donated the funds to cover modifications to the infrastructure. - Photo by Grace Brown of The Sentinel-Record

Church officials said they are now able to offer around 24 showers every Tuesday at the church.

The church began operating a warming center for the homeless out of the church two years ago. Since then, the church's outreach to the local homeless community expanded to include a cooling center in the summer, a daily food bag program, a shower ministry, and most recently, two volunteer caseworkers who help connect people with resources in the community.

"The way this started is, we had the warming shelter open two years ago and we had a younger man come in to spend the night with us. He was very ill. It was horrible and all we could do for him was to give him a roll of paper towels and send him to the men's restroom," church member Sally Carder said Monday.

"In the end, I went down to Walmart and got him a new set of clothes. Now, we never saw that man again. He never showed up again. But that night, we decided we (had) to have a shower for this," she said.

Carder said the church soon began writing grants and eventually received a $27,000 grant from United Thank Offering and used that to remodel an old bathroom to add a shower and convert an old boiler room into a clothing closet.

Since August of last year, the church began providing about 10 to 12 showers every Tuesday. After each shower, patrons also receive a fresh set of clothing from the church clothing closet.

"You don't realize it but once they step out of that shower, they'll come around the corner and they're smiling and standing up straight. It is such a difference in the way they carry themselves," Carder said.

Eventually, the church's effort in the community caught the attention of Chris and Nicole Cusick of Bath Planet of Arkansas, 1801 Higdon Ferry Road, and The Giving Circle. Their combined contributions allowed the church to convert an accessible bathroom stall into an accessible shower.

Carder said the money received from The Giving Circle covered the costs of adjusting the infrastructure, plumbing, and electrical work needed to successfully convert the bathroom stall. Once completed, Bath Planet designed and installed the new shower.

"We figure every hundred jobs that we do, we can give one away. This is our first one to a church," Chris Cusick said.

For the past three weeks, Carder said the new shower has doubled the number of people the church serves through the shower ministry. However, it has also exhausted their resources in only half the time. Items like clothing, toiletries, bath towels, and monetary donations are desperately needed to replenish the church's reserve.

"We are to the point that we're almost overwhelmed with the need. It's not an easy ministry and the things that we offer are the things that I think God wants us to provide for everybody," Carder said.