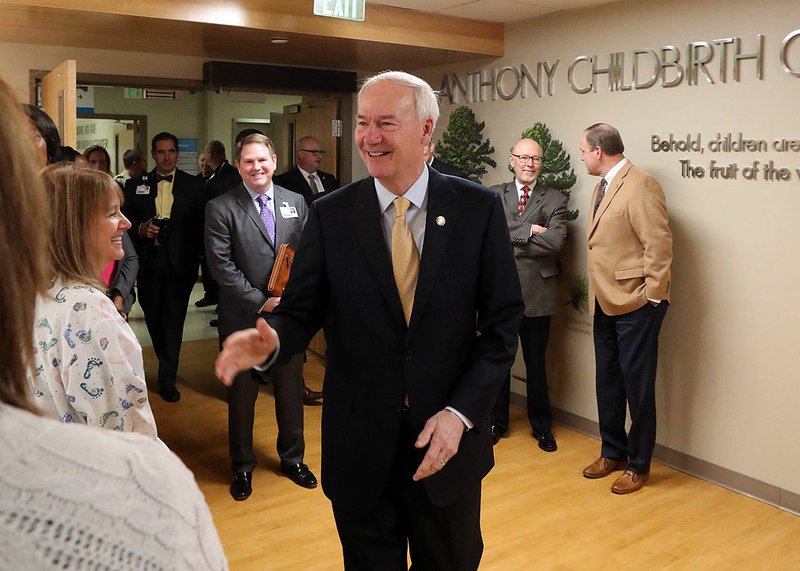 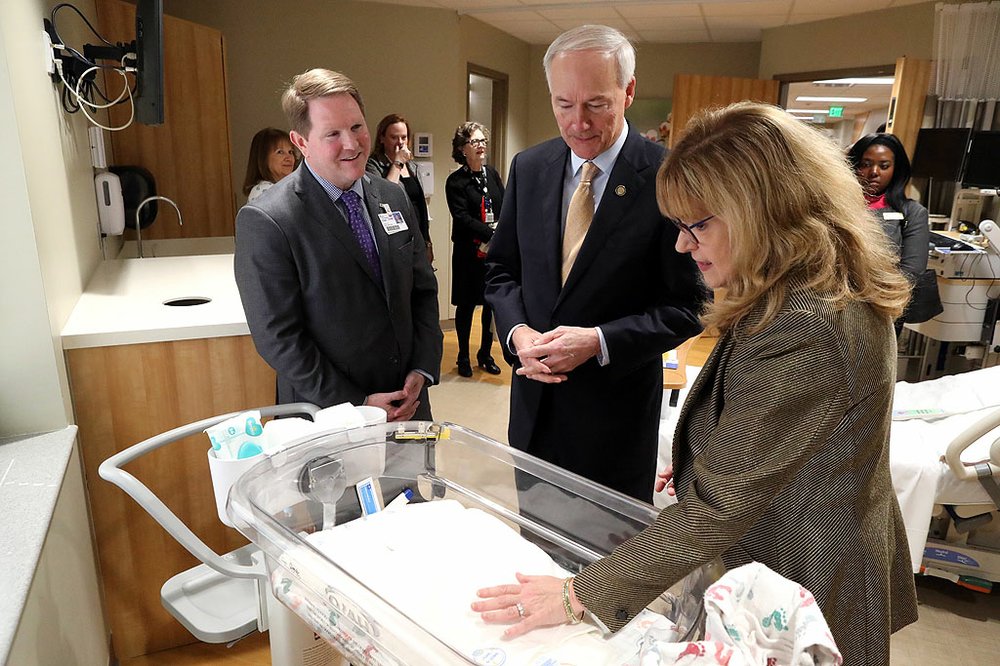 "We still are lagging behind in terms of access to health care as being a rural state, this helps us to bridge that gap," Hutchinson said. "When it comes to infant mortality our rate exceeds that of the nation; this helps us to bridge that gap and put an emphasis on our most precious asset and that is our children. So thank you for that investment, thank you for what you're doing to grow this community in Arkansas."

Catholic Health Initiatives, based in Colorado, and California-based Dignity Health merged Feb. 1. The combined company is CommonSpirit Health, based in Chicago, the Arkansas Democrat-Gazette reported in October.

Based on revenue, at $29 billion, it is the nation's largest nonprofit health system, CommonSpirit said. Local operations under CHI and Dignity retained their names and services following the merger.

"This hospital is the largest hospital in southwest Arkansas," Hutchinson said. "It is important not just to Hot Springs, but the entire region. I see Rep. Les Warren (here) and he understands that as a good supporter of health care in our legislative session. This is instrumental in helping Hot Springs and the state of Arkansas grow."

Brad Pope, vice president of human resources at Memorial Health Care System and a CommonSpirit Health representative, said the $3.5 million project is a renovation of 12 labor and delivery suites.

"The rooms are large, they're spacious, they have all of the necessary elements to make our families comfortable," he said. "They have state-of-the-art technology for monitoring patients, monitoring mothers, monitoring newborns, radiant heat warmers to help control and monitor a baby's temperature. Even down to the little details of designing a sink so that we can safely give a baby a bath."

"Arkansas Children's has been able to help train our staff on techniques to be able to keep a sicker-level infant than we ever have before by being able to keep these sicker-level babies closer to home and closer to their support structure just makes an incredible difference for our families," he said. "Not only does it benefit the babies of this community, it also now frees up resources at Arkansas Children's Hospital -- some of their precious resources and ICU beds so that they can take babies from other parts of the state where they're maybe not as blessed with some of the resources we have."

"Every child that is born in this unit from the time that they leave this unit to the time they are 5 years of age, will have a book mailed to their home every month," he said. "CHI St. Vincent Hot Springs is the largest participant in the Imagination Library in the state of Arkansas."

Hutchinson expressed his delight for the investment, saying increased youth reading levels is one of the state's top priorities.

"The state is invested in Imagination Library as well and the fact is we're trying to create a culture of reading in our state for those who go into the third grade cannot move on without reading at grade level," he said. "That's been a focus of ours and this helps us a lot to develop that culture of reading."

Ross said the project would not have been possible without the support of incredible individuals and donors. 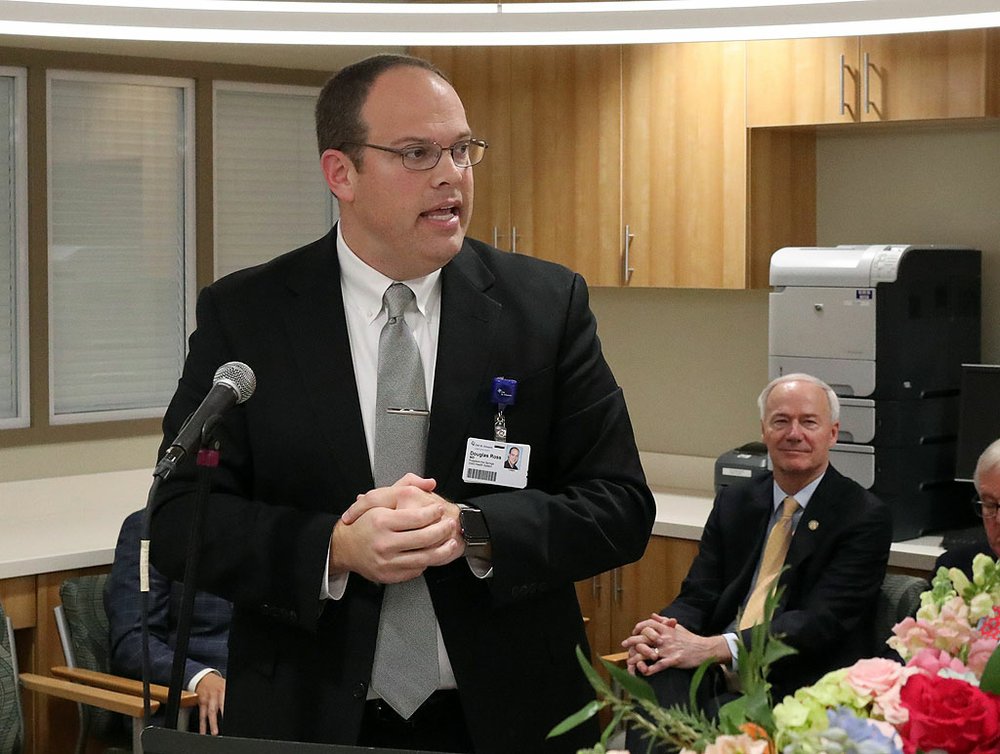 "Although it's not going to be possible for me to individually list everybody who has contributed, I did want to spend some time to focus on a few: Obviously, the Anthony family," he said. "The Catherine Anthony Charitable Trust has played a huge role in this project and the Anthony family have been incredible supporters of this ministry for many, many years and I'd like to say a special thank you to Isabel and John Ed (Anthony)." 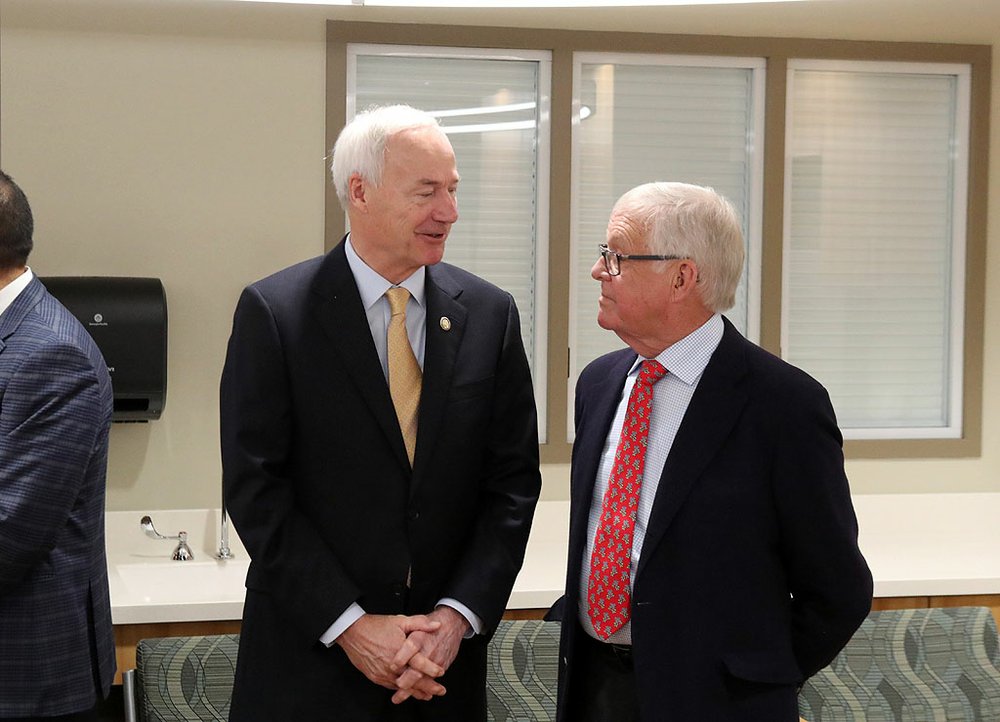 Ross said another significant contributor to the project was the Hot Springs Auxiliary.

"The gift for this project from our Auxiliary was the largest gift in their history," he said. "They believe in this project and we'd like to say a special thanks to Susan Rima and her group of volunteers."

Pope said a celebration of the project can't be had without "thinking of the sisters."

"The women religious who came before us: The Sister's of Mercy, the Sister's of Charity of Nazareth," he said. "These pioneering women came before us and helped build the foundation of this ministry, and I know they are super excited about what this unit will do for the health of women and children in this community."

Pope also extended a "thank you" to OBGYN physicians, pediatricians and nurse leaders.

"Whenever you look at the need of our children and you look at expectant moms and the technology that's available in this facility it makes us very appreciative of those donors who made this possible," Hutchinson said. "It's great to see John Ed Anthony and thank you for the Anthony family for their contribution and all the other donors who made this happen. 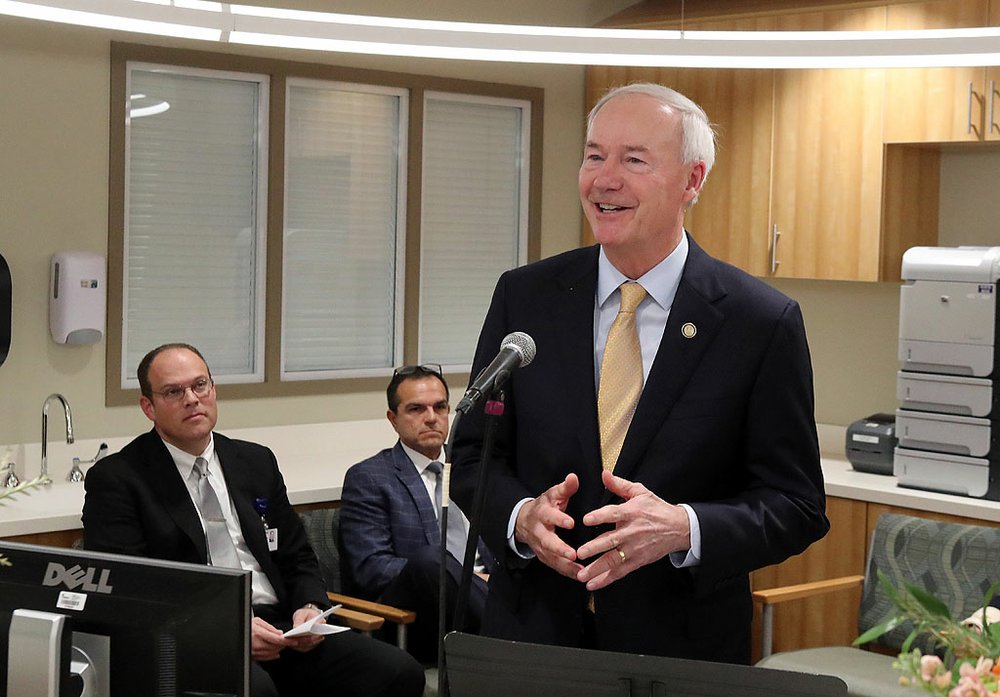