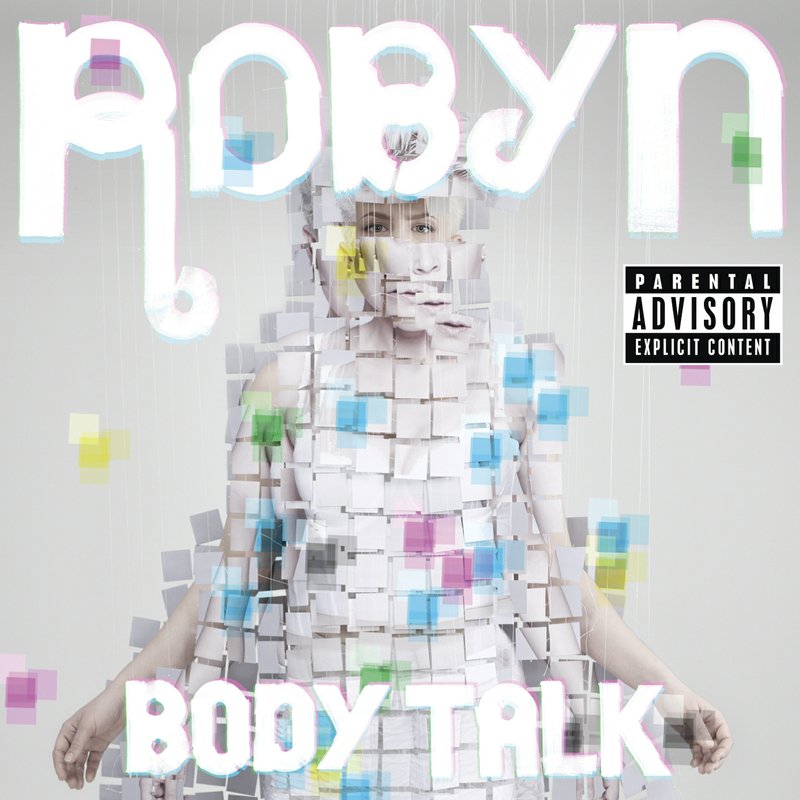 This image released by Interscope shows cover art for the song &quot;Body Talk,&quot; by Robyn. (Interscope via AP)

1. Robyn, "Dancing on My Own": We've all been there -- the one you want is dancing with someone else. For that exact moment, Robyn created "Dancing on My Own," so instead of awkwardly checking your phone, just dance to this tune.

4. Drake, "Passionfruit": Drake can do so many things -- rap, sing, sing-rap, rap in accents, and more. But my favorite performance of his this decade? His groovy nature on the dance-floor anthem "Passionfruit." Here's to hoping he finally releases a full-length R&B album of his singing.

5. Disclosure featuring Sam Smith, "Latch": Speaking of dance-floor anthems, "Latch" was, and still is, the jam!

6. Jay-Z and Kanye West, "(Expletive) In Paris": The Kanye we miss, and Jay-Z we've always loved.

7. Adele, "Someone Like You": This song induces tears of sadness (breakups are hard!) and tears of joy (this song is just too good).

8. CeeLo Green, "(Expletive) You": With Bruno Mars in the writer's chair and CeeLo in the vocal booth, a classic song with a few curse words was born.

9. Gotye featuring Kimbra, "Somebody That I Used to Know": Gotye is somebody that we used to know. Like, for real. Where he has he been? We're thankful he had a mainstream run because his Grammy-winning "Somebody That Used to Know" is a timeless track.

11. Lady Gaga, "Alejandro": Gaga's "The Fame Monster" EP, released a year after she put out her multi-hit debut "The Fame," was a piece of art, as Gaga elevated her radio-ready sound to newer, darker dimensions, especially on "Alejandro."

13. Justin Timberlake, "Strawberry Bubblegum": The best song Timberlake put out this decade wasn't even a single: this sexy number is so good it could almost make you forget Timberlake fumbled the ball with his last album.

14. Diplo, Skrillex and Justin Bieber, "Where Are Ü Now": The song that helped Bieber gain adult male fans, even if they all didn't want to admit it at first.