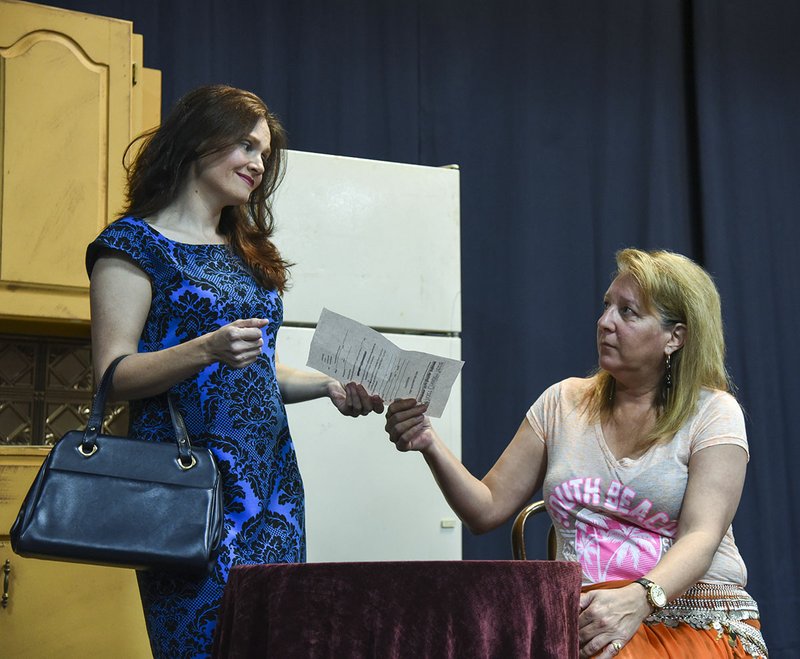 The theater is a nonprofit organization located at 170 Ravine St. Its production of "TBS Radio" ran from Dec. 6-8 and 13-15 at the theater.

"It takes place in a trailer park, and there are two women who are kind of the radio announcers -- gossip hounds, actually -- that have a radio show, and there is a junior league member that wants to put on a Nativity scene, a live Nativity. And because it is the South, there is Elvis. It's a day in the life kind of thing on what happens on this day that they have their very first Nativity scene," said production director Jodi Tooke.

Tooke, a U.S. Air Force retiree after 28 years in the service, moved to Hot Springs to follow her and her husband's "dream" to live on the lake.

"For me, specifically the Pocket Theatre, is kind of a midlife renaissance. I had never acted before, I had never done anything like that, but kind of came upon it." 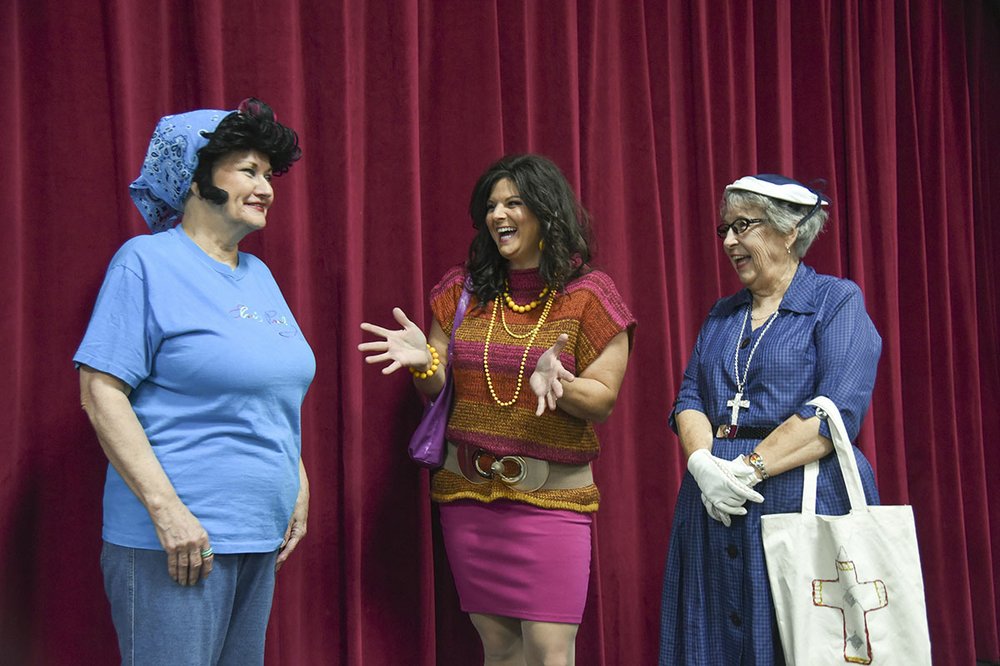 Though she has acted in several productions and served as an assistant director, "Radio TBS" marked Took's directorial debut at the Pocket Theatre.

"I've done everything there is to do there, and learned kind of a new trade as I've grown up in the Pocket. It's a wonderful environment. It's full of amazing people," Tooke said. "There's somebody over there that I learn something from every production."

For this production, Tooke said she was approached to do "something different," since the Christmas production is traditionally performed by children.

"I said 'Well, it looks really funny,' and it would involve ten actresses, some of whom would have acted before because they have done his production in the past. So it was kind of a good way to get my feet wet."

One of those past directors and Pocket Theatre veteran Linda Rickel said that "Working with an all-woman cast is always fun because of the close camaraderie that occurs during such shows."

"It's a lot of fun. We joke together, and I think as all females, we're kind of aware of the opportunity to just really put something on that would appeal to the masses," Tooke said.

In fact, Tooke said that is one of the largest challenges the production faced.

"It can be a little challenging because a lot of guys say 'Why would I want to go see an all-female play?' So that for us is kind of the biggest challenge; to create something that appeals to the young and old, male or female, that it just doesn't really matter. It's not just a female play," she said.

"It's kind of a challenge for us to come together as women and create a work that appeals to the entire spectrum. Not only women, but I think women will definitely enjoy it. They'll see themselves in those characters, and I think some of the men will see their wives and sisters and mothers in some of those characters. So we hope to kind of create that connection with the audience."

Tooke credited the transcending appeal of the production to its cast of women.

"In this case, I have a mix of actresses, some of whom are kind of old hands at it, that they've just done it for years. And I have two or three that this is their very first time acting. So we all tend to learn from each other. It's a very kind of friendly atmosphere. The new people feel free to ask the others questions, whether it be about makeup or how to address a line or where to stand. So it's really just a very supportive environment where everybody's learning something," Tooke said.

"Friendships are created that are often enduring and special. Working hard on a show together allows us to portray women unlike our real selves at the same time as we begin to establish relationships from our different personalities on and off the stage. I find we are often able to help each other as we have genuine empathy of what our everyday life and experiences impose on our time limits as we devote six to eight weeks of rehearsals and showtimes on top of an already busy schedule," Rickel said.

Following its run of "Radio TBS," the Pocket Theatre will begin preparing for its future productions. These will include "Steel Magnolias," "Little Miss Firecracker," "To Kill a Mockingbird," "Murder on the Orient Express," "Elf," several children's productions, and according to Tooke, possibly multiple "small, one-act productions." 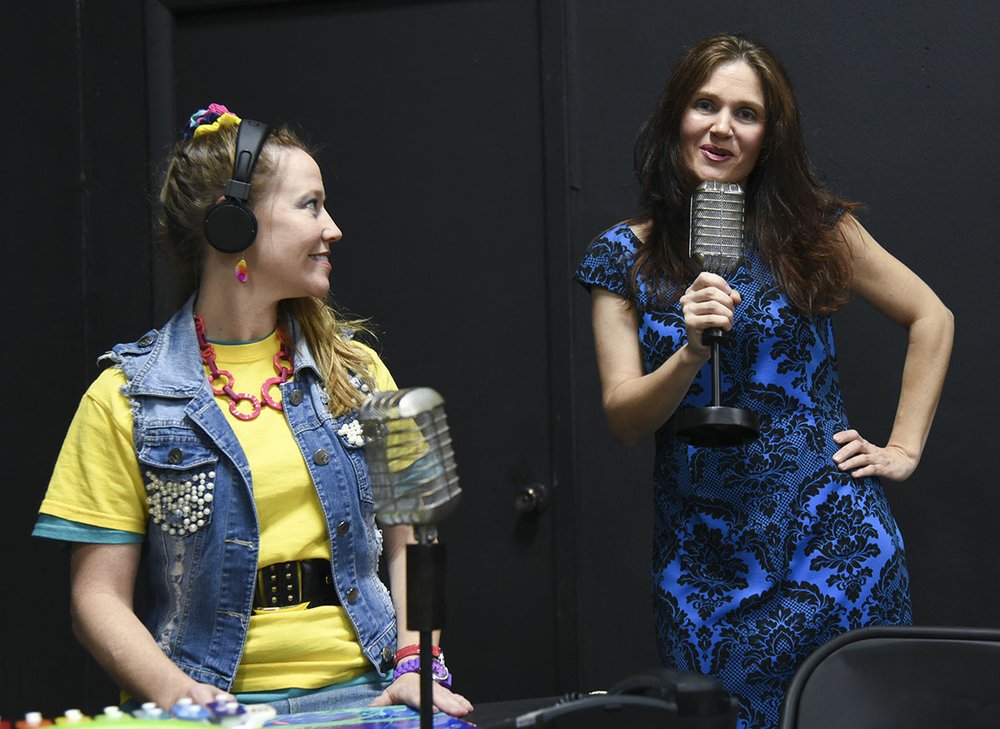 Tooke said that the theater is also planning on producing a series of actors' workshops during the early months of 2020 in which experienced actors mentor novice performers.

"The Pocket is a great place to learn, especially for women because there's a very strong cadre of really strong confident women who have carved a place for themselves in this community. Many of the actors are pursuing professional acting, and so there's kind of that avenue, too, if you're a young person interested, it gives you kind of a good ground to test out your skills, maybe to even see if it's something that you enjoy doing," Tooke said.

All are welcome at the Pocket Theatre who want "to bring something to the community where, even for just a couple hours, you can kind of get away from whatever's troubling you or whatever's going on in your life and enjoy the theater," she said.

Print Headline: The Pocket Theatre: a place for women