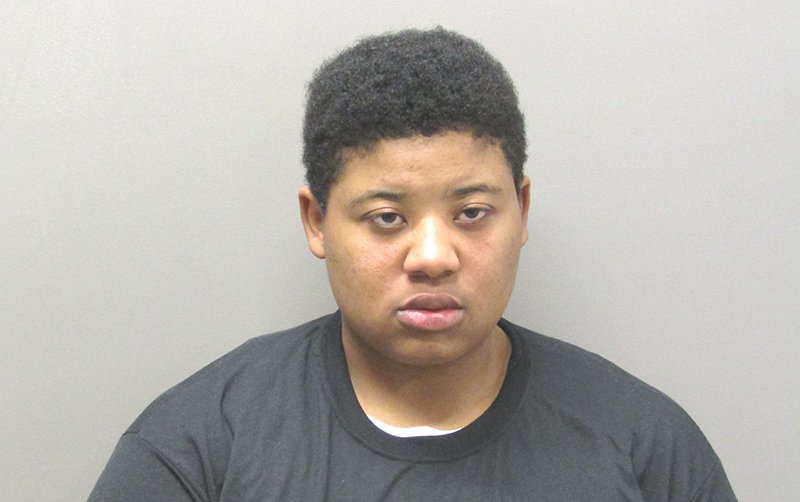 A Hot Springs woman was arrested Friday on multiple felony charges after she allegedly forced her way into her ex-girlfriend's house, fired a gun several times inside and then kidnapped her at gunpoint.

Franklin was initially being held on zero bond and appeared Monday via video in Garland County District Court where she pleaded not guilty to all the charges. Judge Ralph Ohm set her bond at $55,000 and issued a court order barring her from contact with any of the alleged victims. A felony review hearing is now set for March 25.

According to the probable cause affidavit, the victim states she was inside her residence on Lowery Street with two adult males, an adult female and her two juvenile daughters when she heard a knock at the door and looked through the peephole to see her ex-partner, identified as Franklin, standing outside.

She said she went back to her bedroom and told her 10-year-old daughter to answer the door. Moments later, she said she heard Franklin yelling to "get the kids out of the apartment" and then heard several gunshots. One of the male adults came through a closet door that leads to the bathroom and attempted to shut the door but was unable to because clothes were in the way.

The victim said she saw Franklin attempting to push the bedroom door open as the male tried to block it with a mattress. Franklin pushed the door open and started shooting at the male, who ran into the living room and out the front door.

The victim said she grabbed her keys and left the apartment with Franklin. On the way to the car, she noted several people outside on their cellphones and Franklin pointed the gun at her saying, "Don't make a scene or I will shoot you."

Franklin pulled the victim by her shirt to the car and forced her to drive them around as Franklin allegedly threatened to shoot herself and the victim. Franklin would reportedly point the gun at her own head and then at the victim's stomach. At one point, they pulled into the 100 block of Washington Street and the victim told Franklin if she would put the gun up they could get back together.

After several minutes, Franklin agreed and they both got out of the vehicle and Franklin hid the gun in a tree in a vacant lot nearby. They both got back in the car and Franklin noted she had shot the male and "I'm going to jail for a long time."

Once they rounded the corner, Franklin reportedly exited the vehicle and attempted to flee on foot but officers apprehended her. A silver .38-caliber revolver was located in the tree where the victim saw Franklin leave it.

Officers noted what appeared to be five recent bullet holes inside the apartment on Lowery Street, including two through the bathroom door, two into a wall to the right of the bathroom and one through the bedroom wall into the living room.

Franklin was previously arrested on Feb. 26, 2018, on a felony charge of committing a terroristic act, punishable by up to 20 years in prison, after shooting at a different ex-girlfriend's car on Wade Street. She pleaded guilty on Aug. 7, 2018, to a reduced charge of aggravated assault, punishable by up to six years, and was sentenced to six years probation, fined $500 and ordered to pay $420 in court costs. She was also permanently barred from contact with the victim.