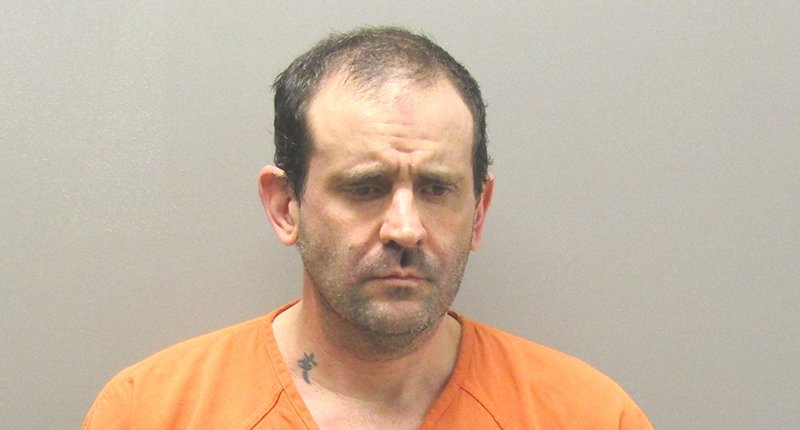 A Hot Springs man was arrested on a felony battery charge for allegedly attacking his estranged wife with a knife late Tuesday night, although she only sustained a minor injury during the altercation.

Robert Franklin Ellison, 42, of 4121 Malvern Ave., Lot 30, was taken into custody at his residence shortly before 9:30 p.m. and charged with second-degree domestic battery, punishable by up to 10 years in prison, and misdemeanor counts of possession of a controlled substance, marijuana, possession of drug paraphernalia and disorderly conduct.

Ellison was being held on zero bond and was set to appear Wednesday in Garland County District Court.

According to the probable cause affidavit, Garland County sheriff's Deputy John Crow was dispatched to the residence regarding a disturbance in progress and upon arrival saw a man, later identified as Ellison, and a woman, 40, standing on the front porch.

When Crow and other deputies who had arrived to assist asked Ellison to step off the porch so they could speak with him, he allegedly became irate and began cursing loudly.

Crow spoke to the woman, who stated she and Ellison were legally still married but had been separated and she came to the residence to retrieve her property. She said Ellison met her at the front door holding a knife and began moving toward her with it while making a stabbing motion.

She said Ellison pricked her on the left forearm with the knife causing a small cut. She described the weapon as a pocket knife and noted Ellison was "extremely abusive" and had a history of threatening her life on multiple occasions.

Crow asked Ellison what happened and he denied touching her and said she became disorderly with him while retrieving her property. When asked if he owned any knives, Ellison said he did not, but Crow saw a gray and black pocket knife on the kitchen counter near a glass pipe that had marijuana residue in the bowl. Ellison admitted the knife was his, but again denied using it against the victim.

The woman said Ellison kept a box in his closet containing THC oils, marijuana and drug paraphernalia. Crow reportedly located the box and confirmed it contained a jar with what appeared to be THC oil, a vapor pen with THC oil, several empty and unused vapor pen capsules. He also found a metal grinder with marijuana residue and a small amount of marijuana.