Today's Paper Obits Mugshots Sports Classifieds Jobs HER Magazine Crime Contact us Subscribe to our newsletters
ADVERTISEMENT
Wimbledon Glance: Roger vs. Rafa once again at Wimbledon by The Associated Press | July 11, 2019 at 5:00 p.m. 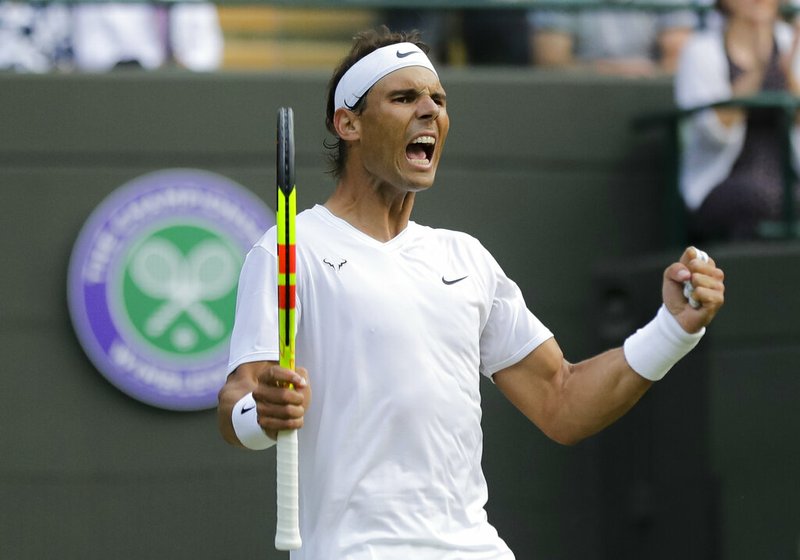 Eleven years later, it's time for the next installment of the Roger vs. Rafa rivalry at Wimbledon. Roger Federer and Rafael Nadal will face each other in the men's semifinals, their first meeting at the All England Club since a classic five-set final in 2008. Nadal won that match 9-7 in the fifth set, while Federer beat his Spanish rival in the previous two finals. Federer is looking for a record-extending ninth Wimbledon title, while Nadal is chasing his third. In the other match, defending champion Novak Djokovic takes on Roberto Bautista Agut, a Spaniard playing in his first Grand Slam semifinal.

Stat of the day

37 years, 290 days - Serena Williams' age on Saturday, making her the oldest woman to play a Grand Slam final in the professional era -- about a month older than Martina Navratilova was when she played the 1994 championship match at Wimbledon.

Quote of the day

"I promise you, when I hit a volley I was like, 'Would I have made that if I didn't play doubles? I don't think so.'" - Serena Williams on whether playing mixed doubles with Andy Murray helped her perform better at the net against Barbora Strycova.