A popular restaurant in south Hot Springs, Jason's on Amity, 148 Amity Road, was destroyed by a fire that broke out just before 2:30 p.m. Monday.

Around 19 firefighters from the Lake Hamilton, 70 West and Morning Star fire departments spent several hours working to put out the fire, which gutted the building.

Lake Hamilton Fire & Rescue Fire Marshal Bill Heck said the cause of the fire was still under investigation. 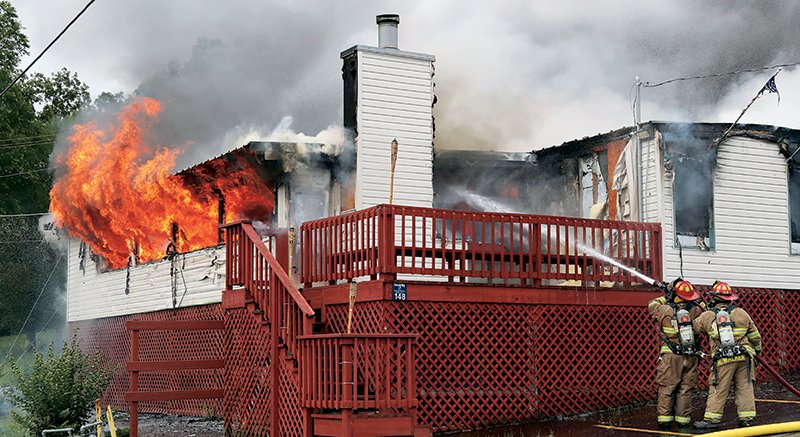 Co-owner Megann Elmore said she and her fiance, Jason Davis, received about three alerts from their alarm company citing a possible burglary initiated by motion detectors in the building around 2 p.m. When they arrived to check out the building, Elmore said it was enveloped in smoke. The building was reportedly unoccupied when the fire began. 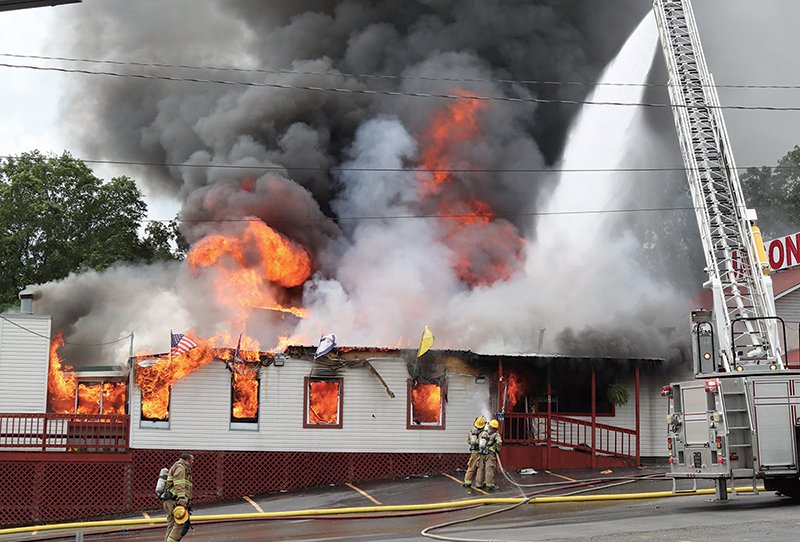 "(I'm) in shock because we put everything into it. You know, we've come out of addiction ... and this is what we've worked for. This is what we wanted to do for the Lord. I guess it wasn't in His plan but I'm going to hold on tight to my faith and we're going to stick together, stay strong, and get through this," she said.

"All the hard work that we've put into it is gone. I don't have words. You don't have words when you've put everything into something and it just goes up. The hardest part is sitting here watching it (happen)," she said.

"I do know that the Lord has plans for us and I'm going to give it to him and let him work this out. I just want everyone to keep us in their prayers." 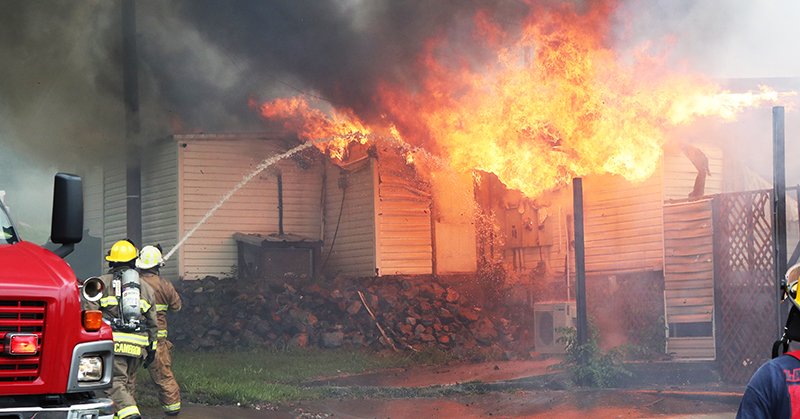 The Sentinel-Record/Richard Rassmussen FURIOUS FLAMES: A collective group of firefighters from the Lake Hamilton, 70 West, and Morning Star fire departments battle to contain a blaze that broke out at the popular Hot Springs restaurant Jason's on Amity, 148 Amity Road, just before 2:30 p.m. Monday. It took 19 firefighters more than three hours to clear the scene.