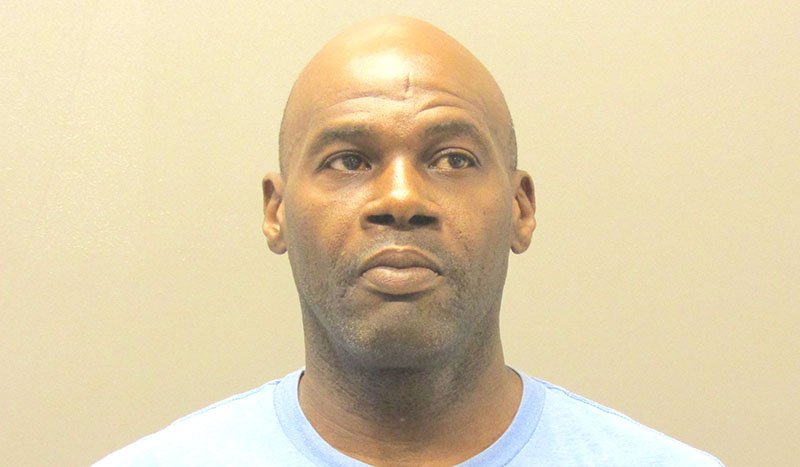 A convenience store employee was arrested Tuesday for felony lottery fraud stemming from allegations he stole lottery tickets from his place of employment earlier this year.

Ronald Evans, 47, of 304 Jerome St., was taken into custody at his residence around 1:45 p.m. on a felony warrant for lottery fraud, punishable by up to six years in prison, and misdemeanor warrants for theft of property, punishable by up to one year in jail, and failure to comply.

Evans, who also had a hold on him out of Louisiana, was being held on $6,000 bond and was set to appear Wednesday in Garland County District Court.

According to the probable cause affidavit, on Jan. 21, around 3:30 a.m., Evans allegedly took seven Arkansas lottery tickets, valued at $70, from the Valero, 3228 Central Ave. Evans was an employee of the store but was not on duty at the time of the alleged theft.

Hot Springs police Officer Richard Davis viewed security video of the incident which allegedly showed Evans go behind the counter, remove the tickets and then walk to the restroom. After several minutes, he emerged from the restroom without the tickets being visible and left the store.

On Feb. 7, Detective Shawn Stillian was contacted by Michael Tenison, an investigator with the Arkansas Lottery Commission, who stated that on Jan. 21, shortly after 10 a.m., one of the stolen lottery tickets from the Valero was redeemed for a cash prize of $15 at the Exxon station, 1200 Central Ave.

Tenison provided Stillian with security camera photos which showed a man redeeming the stolen ticket. Stillian was reportedly able to identify the man in the photos as Evans by comparing them to Evans' driver's license photo.

Warrants were later issued for Evans' arrest on the fraud and theft charges.