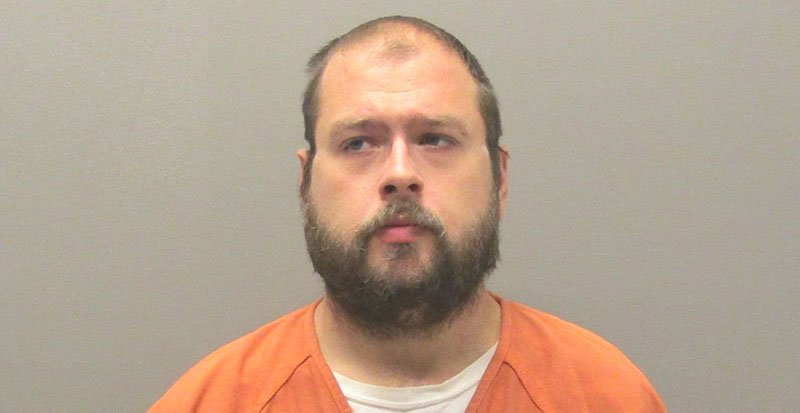 A local man arrested during a traffic stop last year was sentenced to four years in prison Monday after pleading guilty to felony drug charges in Garland County Circuit Court.

Calvin Clifford Parks, 31, pleaded guilty to possession of meth with purpose to deliver and possession of drug paraphernalia and was sentenced to 10 years in prison, with six years suspended, on each count, to run concurrently, while an additional felony charge of simultaneous possession of drugs and firearms was withdrawn.

According to the probable cause affidavit, on Feb. 20, 2018, at around 5 p.m. Hot Springs police Officer Jason Greene saw a black Chevrolet TrailBlazer fail to stop at the intersection of Henry Street and Malvern Avenue, and made a traffic stop after noticing the vehicle had defective brake lights.

The female driver, 57, told Greene she was giving a ride to four passengers, some of whom she didn't know, to an unknown location. After checking IDs, Greene discovered one passenger, identified as Parks, had a warrant through the Monticello Police Department and took him into custody.

Greene began to search the vehicle and located a black backpack on the rear floorboard which one of the other passengers said belonged to him. The backpack contained an unloaded .357 revolver that was checked and came back clear.

In the glove compartment, police officers located an unloaded .22 semi-automatic pistol, a magazine for the pistol and a cigarette case containing a plastic baggie holding 18.2 grams of what later tested positive for meth.

When questioned, Parks admitted he put the meth in the glove box and that the green case belonged to him so he was taken into custody and initially held on $30,000 bond.

He pleaded not guilty to the charges on April 20, 2018, and on July 26, 2018, his attorney filed motions to suppress his statement to police and to reduce his bond. On July 28, his bond was reduced to $2,500 with the stipulation he enter into an outreach drug treatment program and he was released on Aug. 16.

On Oct. 18, the motion to suppress his statement was denied and the case was set for trial on Jan. 15. On May 1, Parks pleaded guilty in Pulaski County to a felony count of residential burglary and was sentenced to four years in prison.

Parks' case in Garland County was reset for a disposition hearing which was held Monday.