Police also said the suspected gunman, Levar L. Strickland, 42, of Hot Springs, was charged Monday with second-degree murder and three counts of endangering the welfare of a minor, in addition to earlier charges of criminal use of a prohibited weapon and possession of a defaced firearm.

Strickland was being held Monday at the Garland County Detention Center on a $600,000 bond. 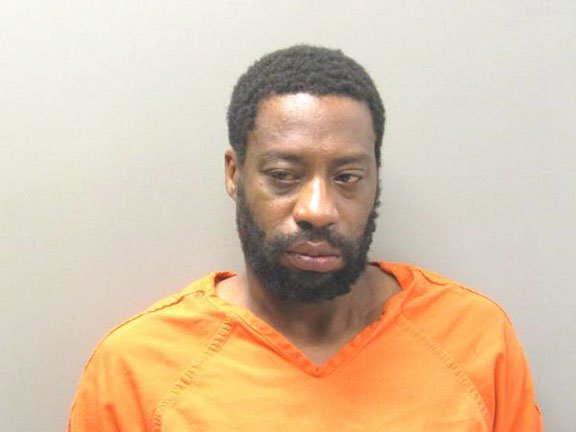 A woman was shot to death Saturday night during an apparent domestic dispute at 315 N. Patterson St., according to Hot Springs police and witnesses at the scene.

The Hot Springs Police Department responded to 315 N. Patterson in reference to a shooting at 7:20 p.m. Saturday and located a female victim inside the residence with a gunshot wound. The woman, whose identity was not released, was pronounced dead at the scene, according to a news release from Officer 1st Class Omar Cervantes, community relations officer with the Hot Springs Police Department.

"A male identified as Levar Strickland who was at the scene, was detained and transported to the police department," the release said.

Strickland, 42, of Hot Springs, was charged with criminal use of a prohibited weapon and possession of a defaced firearm. He remained in custody at the Garland County Detention Center on Sunday on a $100,000 bond.

The identity of the victim will be released once notifications have been made to next of kin, the release said. Her name had not been released as of Sunday afternoon.

"This investigation is still ongoing and detectives are interviewing witnesses. No further information at this time," the release said.

Police and witnesses at the scene said shortly after the shooting that it was an apparent domestic dispute.

A local woman allegedly shot and killed her husband Wednesday at her Hot Springs home.

She pleaded not guilty to a felony charge of first-degree murder Friday afternoon in Garland County District Court.

On June 13, officers responded to a shots fired call in the 200 block of Portland Street, off Crescent Street, at around 1:30 p.m. and arrived to find one male victim, later identified as Kenneth Kelly Jr., 23, inside the residence at 200 Portland.

Police said they are investigating the case as a homicide and were following up on several leads, but to date no arrests have been made.

Detectives "encourage anyone with information or who may have video surveillance in the area of Portland Street" to contact Detective Scott Lampinen at 501-321-6789, ext. 6741.