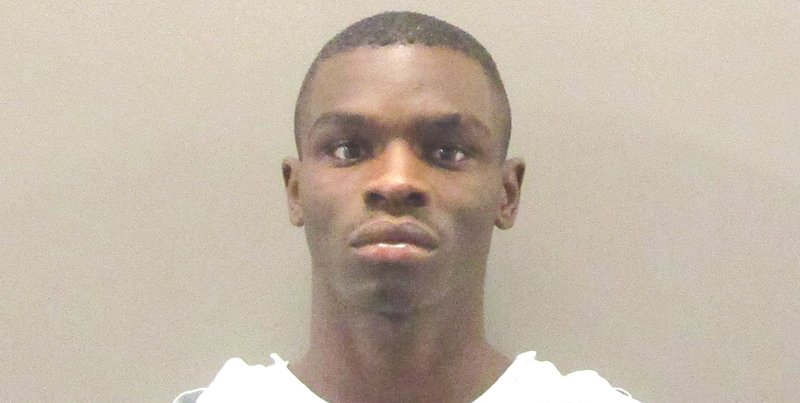 A Georgia man set to stand trial next month for allegedly causing the deaths of a local man and woman last year after crashing into their car while fleeing in a stolen vehicle has been classified as a habitual offender, according to an amended information filed Friday.

Gystin Michael Parker, 20, of Riverdale, Ga., who has remained in custody since his initial arrest Sept. 12, 2018, pleaded not guilty Monday in Garland County Circuit Court in the amended information to two counts of first-degree murder, punishable by up to life in prison, for the deaths of George Luster, 49, and Kathaline Luster, 51, both of Hot Springs, and additional charges of theft by receiving over $5,000 and felony fleeing, punishable by up to 10 years.

He also denied his status as a habitual offender, which could enhance his sentence if convicted, stemming from the prosecution's argument that Parker was previously convicted on Nov. 3, 2017, in Cobb County, Ga., of second-degree battery, and on June 11, 2018, in Douglas County, Ga., of theft by taking, entering an auto and damage to property in the second degree, all felonies. Parker was reportedly on parole at the time of the fatal wreck on Sept. 12.

Parker is set to stand trial on the charges on July 24 in circuit court with a pre-trial hearing set for July 22.

According to the probable cause affidavit, on Sept. 12, shortly after 10:30 a.m., a woman reported that her silver 2012 Hyundai Sonata was stolen from Linwood Avenue after she accidentally dropped her key fob as she got out.

A man, later identified as Parker, was reportedly captured on video surveillance walking by the car, picking up the key fob and then walking away. He returned about 20 minutes later, used the fob to unlock the vehicle, got in and drove away.

At around 11:21 a.m., Hot Springs police Officer 1st Class Richard Nunez spotted the Sonata turning on Third Street off Hobson Avenue and, after confirming it was the stolen vehicle, followed it and attempted a traffic stop on Hicks Circle, but Parker sped away headed back toward Albert Pike.

Parker allegedly fled westbound on Albert Pike and "accelerated so fast from officers that they lost sight of him in the 1600 block of Albert Pike as he began crossing over into the eastbound lanes to get past slower traffic," the affidavit states. Sgt. Kenny Kizer, patrol supervisor, ordered the officers to terminate the pursuit at that time due to Parker's reckless driving.

Parker allegedly continued westbound where he lost control in the 2100 block and struck a green 2002 Toyota Corolla, occupied by the Lusters, which was stopped on Gilchrist Street at its intersection with Albert Pike.

"The force of the impact killed the two occupants of the other vehicle instantly," the affidavit states.

Parker was removed from the Sonata and taken into custody and transported to a local hospital for treatment of injuries he sustained in the wreck. He was later released from the hospital and taken to the detention center.

Cpl. Britt Clements from the Arkansas State Police Accident Reconstruction Team investigated the crash and provided a report that alleged Parker was traveling 73 mph when he passed Walgreens in the 1400 block of Albert Pike, which is a 35 mph zone.

Parker continued west, crossing into the eastbound lanes, in the 1600 block traveling 46 mph. Then he accelerated to 72 mph in the 1900 block which is a 40 mph zone. Parker failed to negotiate the curve in the 2000 block, left the roadway and struck the driver's side of the Toyota while traveling at an estimated 54 to 63 mph.