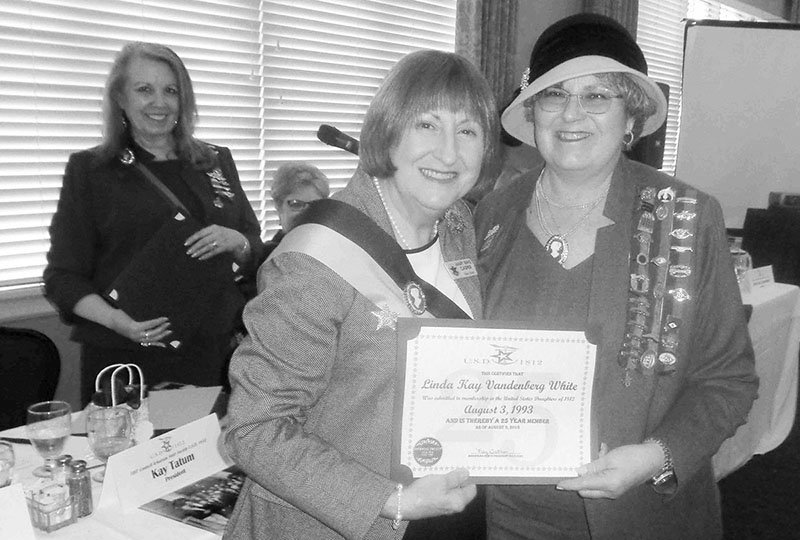 The certificate was presented by the national society's President National Mary Raye Casper, of New York.

White joined U.S.D. 1812 in 1993 and soon after began organizing the Baseline-Meridian Chapter U.S.D. 1812, which was chartered in 1995, a news release said. She served as chapter president from 1995 to 2000. An avid genealogist, she is a member of many lineage organizations and is active in other clubs and organizations. She currently holds office in several, including Colonial Dames 17th Century, Dames of the Court of Honor, New England Women and Founders & Patriots of America.

HOT SPRINGS VILLAGE -- Nearly $3,700 was collected in freezing temperatures on Feb. 8 as volunteers gathered donations for the Make-A-Wish Foundation. 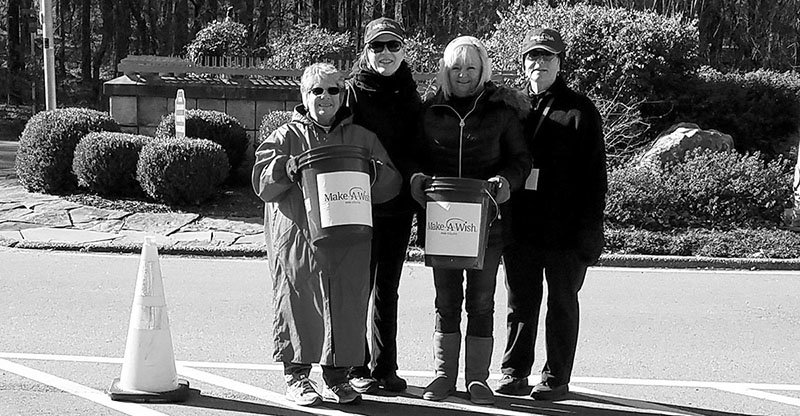 Volunteers held blue buckets in the 30-degree weather at the West, East and Balboa gates from 9 a.m. to 2 p.m. on Feb. 8, the day Make-A-Wish Mid-South conducted a Radiothon with multiple area drop-off sites, radio participation and call-in-to-donate opportunities.

KVRE 92.9 FM associates volunteered, as well and helped to raise awareness while interviewing area MAW wish recipient, Colton Miller. "I've known Colton since he was very young and he is the embodiment of what a difference a Make-A-Wish experience can make in the life a critically ill child," said Tracy Simpson, KVRE disc jockey. "Colton is now giving back by raising money for the foundation himself."

"We are very thankful that Hot Springs Village joined us for this fundraiser," said Leslie Humphrey, development officer for MAW Mid-South. "There are currently 95 kids in central and south Arkansas in our wish pipeline. Overall, with multiple communities, sponsoring businesses and ways of donating, we raised $163,000 and we are thankful. The average wish costs nearly $8400 and those dollars will be a great gift to children and family that simply need a break and joyous occasion to assist them through difficult times."