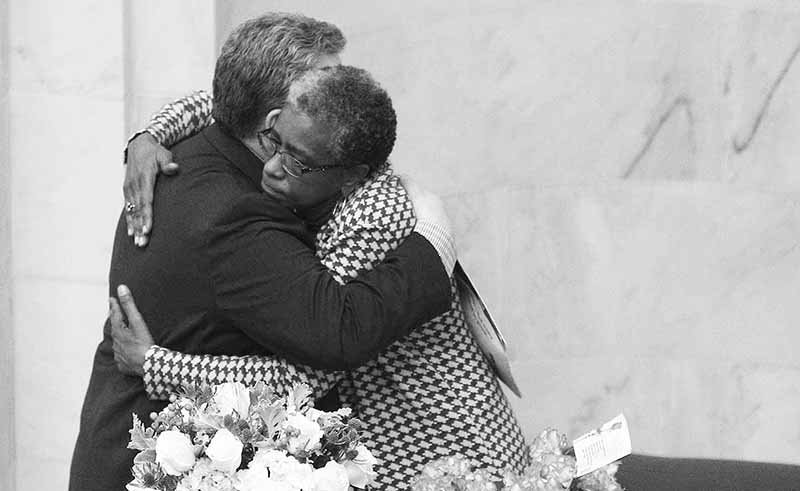 LITTLE ROCK -- An Arkansas state senator who angrily repudiated her senate judiciary colleagues when the committee voted to limit public debate on a gun rights bill said Monday she stands by her words and won't apologize for her passion.

Democratic Sen. Stephanie Flowers said she has received a very positive response from the public following her forceful disagreement over the bill that would have loosened restrictions on the use of deadly force by gun owners. The bill said residents would not have to attempt to retreat before using lethal force in self-defense.

Flowers said she received dozens of phone calls and emails from people all over the south who supported her opposition.

Senators listened to public comment on the bill for two hours Wednesday when they voted to limit testimony. Flowers, who is black, argued that the public should continue to speak, saying the bill would hurt black communities. The bill failed.

On the senate floor Monday, Flowers said she would not apologize.

"God will judge me and I'll accept his judgement," she said.

Ballinger, who sponsored the bill, said he thought Flowers was indecorous and spoke without really knowing him.

"I'm not some country bumpkin who's never seen a black person," Ballinger said.

He said he understood Flowers' passion, but asked for respect among lawmakers.

Clark said he felt hurt after seeing the way he was portrayed in the exchange between him and Flowers.

In an emotional speech on the senate floor Monday, Clark, who is white, emphasized that he understands Flowers, whom he considers a good friend.

"I know she's emotional. I know that these are things that upset her and as a friend I respect that," he said. "And that's why I was calm and as polite as I knew how to be."

In contrast to the response Flowers received, Clark said he received angry emails and profanity-laced phone calls. He didn't blame Flowers, but he said he was angry.

"I appreciate the fact that I love Sen. Flowers and she loves me. I don't appreciate those that try to turn things into something it's not," Clark said.

As he left the floor, Flowers and Clark embraced.