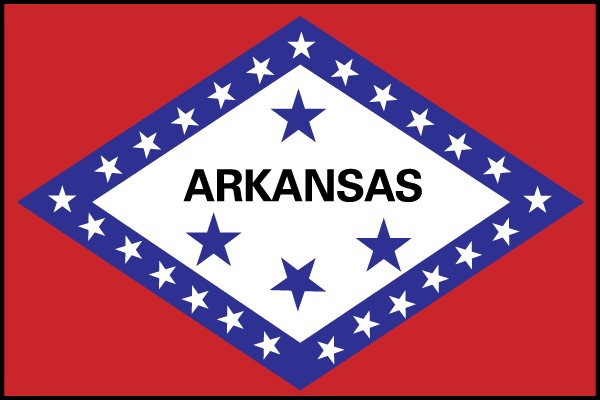 LITTLE ROCK -- Arkansas lawmakers on Wednesday sent the governor legislation banning most abortions 18 weeks into a woman's pregnancy, a prohibition that could be the strictest in the country.

The House gave final approval by an 86-1 vote to the bill, which Republican Gov. Asa Hutchinson has said he supports. Arkansas already bans abortion 20 weeks into a woman's pregnancy. Hutchinson told reporters he believed the restriction would likely survive a court challenge.

"It's within the second trimester that states are allowed to pass restrictions on, and this, with the science we have today it seems like a very appropriate restriction," Hutchinson said shortly before the measure passed the House.

The House had approved an earlier version of the bill and on Wednesday backed an amendment adding exceptions for rape and incest. The ban would be the strictest in the country if enacted, though proposals to ban abortion earlier in a woman's pregnancy are advancing in several other state legislatures. Another 18-week ban is pending in Utah's legislature.

The proposal is among several abortion restrictions that have moved quickly through Arkansas' majority-Republican Legislature. Hutchinson last month signed into law a measure banning abortion in the state if the U.S. Supreme Court overturns its landmark 1973 Roe v. Wade decision legalizing the procedure nationwide.

"Arkansas already has some of the most extreme anti-abortion restrictions in the country, as well as some of the nation's highest rates of teen pregnancy and maternal mortality," Gloria Pedro, Arkansas lobbyist for Planned Parenthood Great Plains Votes, said in a statement. "Instead of continuing to attack access to safe, legal abortion, lawmakers should focus on improving Arkansans' health."

Other abortion measures advancing in Arkansas include a proposal to prohibit doctors from performing abortions solely due to a Down syndrome diagnosis. That measure was endorsed by a Senate panel Wednesday afternoon.