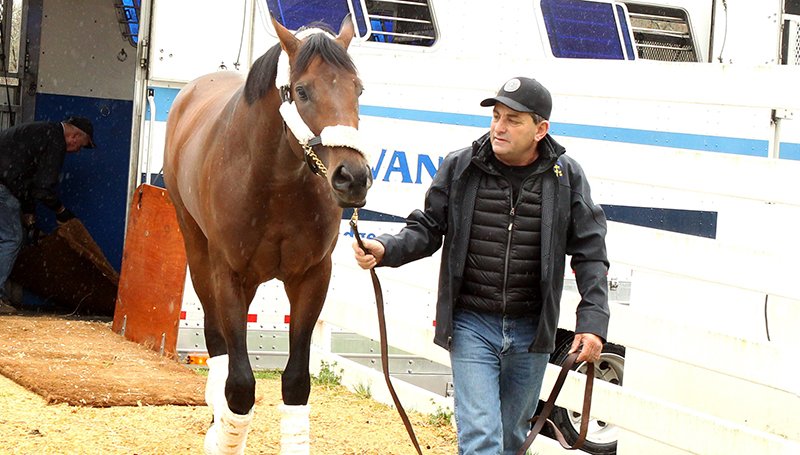 In what it termed a historic moment, Oaklawn on Wednesday split the $1 million Rebel Stakes into two divisions in response to a weather-related crisis in California.

Oaklawn announced last week that it was considering adding $500,000 to the Rebel purse and splitting it into two $750,000 divisions when owners started looking for a Kentucky Derby prep after the San Felipe Stakes at Santa Anita was canceled.

The top four finishers in each division of the Rebel will receive qualifying points for the Kentucky Derby (see related story in Sports).

The last time Oaklawn split one of its Kentucky Derby prep races was the Southwest Stakes in 2012.

Oaklawn President Louis Cella said in a news release that a nationally-prominent horse owner recently told him Oaklawn may have the best racing-gaming model in America.

"It would be hard to argue against that," Cella said in the release. "We pioneered this model beginning in 2000, and have further developed it every year since. In fact, just a few years ago we were running open maidens for $40,000 and proud of it. Now they are at $90,000. And, whoever thought we'd be in the position to split the Rebel into two divisions? Today is an extremely proud moment in Oaklawn's history."

The split became a reality when 19 entered the race on Wednesday, including the top two early Kentucky Derby favorites, the unbeaten Game Winner and Improbable, both from Hall of Fame trainer Bob Baffert, the release said.

"We never dreamed the day would come they would close down Santa Anita, but we're getting through it," Baffert said in the release. "The main thing is that the 3-year-olds, they're doing well. I think it's very nice of them to want to split that race. That's the key thing."

Oaklawn General Manager Wayne Smith said in the release that, despite only getting 19 entries, Oaklawn felt the need to deviate from the original plan to only split with 20 or more entries out of an obligation to the horsemen and fans.

"Knowing that some horsemen have very few options this late in the Triple Crown prep season, we felt the right thing to do was to follow through with the plan to split the Rebel," Smith said. "We also wanted to do it for the fans. We wouldn't even be in this position without the overwhelming support they've given us since the start of the season."